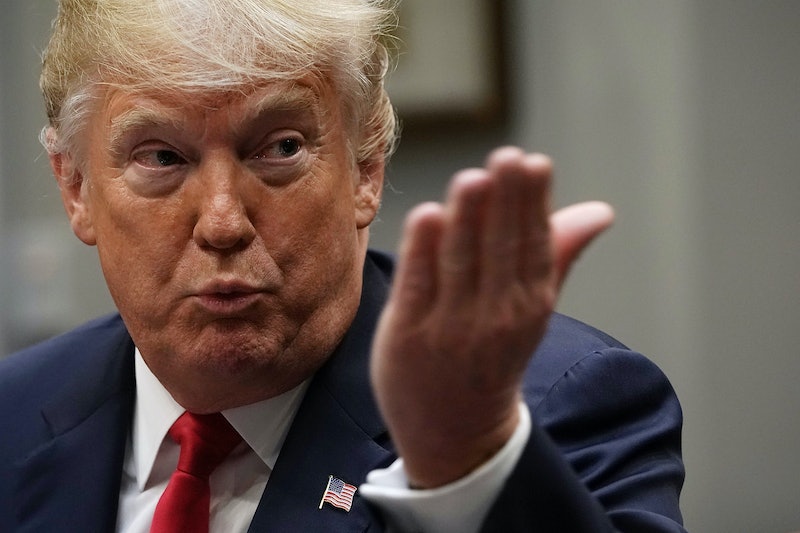 Traditionally, Labor Day is a time to reflect and honor workers' contributions to America's overall strength and prosperity. President Donald Trump, however, spent Labor Day attacking a union leader. Trump kicked off his holiday with an early morning tweet lashing out at Richard Trumka, the president of the nation's largest federation of labor unions, for criticizing a number of his policies.

"Richard Trumka, the head of the AFL-CIO, represented his union poorly on television this weekend," Trump tweeted early Monday. "Some of the things he said were so against the working men and women of our country, and the success of the U.S. itself, that it is easy to see why unions are doing so poorly. A Dem!"

Trump's comment came in response to criticisms Trumka, who heads the American Federation of Labor and Congress of Industrial Organizations (AFL-CIO), had made the day before during an interview on Fox News Sunday. "Unfortunately, to date, the things that [Trump has] done to hurt workers outpace what he's done to help workers," Trump said, according to Yahoo! News.

Among the things Trumka said he felt had hurt workers were the Trump administration's overturning of regulations aimed at protecting workers' health and safety. Trumka also listed the Trump administration's inability to create an infrastructure program that would put "a lot of us back to work" and tax code changes he felt encouraged companies to outsource jobs to workers in other countries.

According to ABC News, Trumka also questioned the president's claim that there was "no political necessity" to including Canada in a new version of the North American Free Trade Agreement (NAFTA). "It's pretty hard to see how that would work without having Canada in the deal," Trumka said, adding that the economies of Canada, Mexico, and the United States were all heavily "integrated" with each other.

Trump threatened to oust Canada from NAFTA on Saturday, tweeting, "if we don't make a fair deal for the U.S. after decades of abuse, Canada will be out." On Saturday, the president also threatened to terminate NAFTA "entirely" if Congress attempted to interfere with negotiations.

Trump's attack on Trumka came only a few hours after he'd urged people to "celebrate Labor Day" on Twitter. "The Worker in America is doing better than ever before," he tweeted.

It's worth noting, however, that a Pew Research Center study released last month found that there has been minimum growth in most U.S. workers' real wages. "Today's real average wage (that is, the wage after accounting for inflation) has about the same purchasing power it did 40 years ago," the study noted. "And what wage gains there have been have mostly flowed to the highest-paid tier of workers."