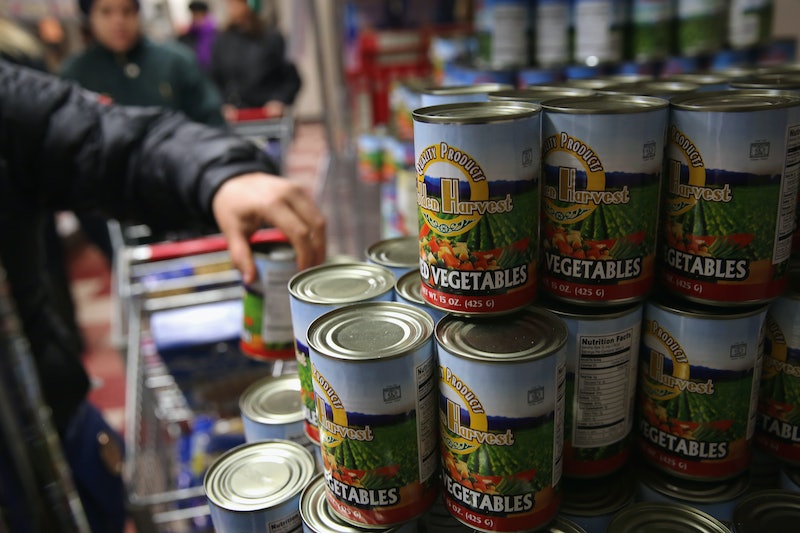 A proposed rule from the Trump administration for the Supplemental Nutrition Assistance Program (SNAP), better known as food stamps, could leave many Americans going hungry. Some recipients would now need to work to receive the aid. And according to the administration's own estimates, the new Trump food stamp rule would leave 755,000 without help, NPR reported. The public comment period on the proposed rule ends Tuesday; already 8,000 people have commented.

The rule would require "able-bodied adults without dependents" to get a job, or limit the amount of food assistance they can get to just three months every three years, according to what the Food Nutrition Service at the U.S. Department of Agriculture (USDA) submitted to the Federal Register. They'd also have the option to volunteer or take 20 hours of job training classes a week.

That's currently what the law says, but areas in the country with high levels of unemployment can have that job requirement waived. Some 40 percent of all SNAP recipients have it waived as of a USDA estimate submitted to the Federal Register in February. Just 10 percent would get the work requirement waived under the new rules, according to the Regulatory Impact Analysis the administration submitted to the Federal Register.

That would affect 755,000 people, according to what the administration submitted to the Federal Register. "Of those newly subject to the time limit, the Department estimates that approximately two-thirds (755,000 individuals in FY 2020) would not meet the requirements for failure to engage meaningfully in work or work training," the administration writes.

The comments on the rule proposal are brutal online. "Please do not impose difficult work requirements for poor people to be allowed SNAP benefits," one American wrote. "When I worked for Big Brothers and Big Sisters and for Habitat for Humanity, I met many families who were doing their best to keep themselves fed. It's not fun being poor and is not someone's choice. Let's help people not hurt them. Most people only get SNAP as a last resort - no one wants to be doing this. Have mercy."

Another called the rule "horrible and unjust" and called it a "right-to-life issue," the language of Trump and his base. "It will remove many deserving people from SNAP for the only reason that they can not follow the bureaucratic regulations involved and lack the resources to appeal faulty decisions," the commenter wrote. "I thought this administration was going to streamline rules, but so far it has only done so for the well-to-do. SNAP should be streamlined so that all the hungry are fed."

Advocates say that even the best-meaning recipients could soon see themselves cut off from the program. "The Administration may portray its proposal as a reasonable 'work requirement,'" Robert Greenstein, president of the Center on Budget and Policy Priorities, said in a statement. "But as noted, most states don’t offer these people any job, training opportunity, or slot in a work program, and people who are 'playing by the rules' and looking hard for a job are cut off nonetheless."

If the rule is adopted, recipients may soon be looking elsewhere for breakfast, lunch, and dinner.