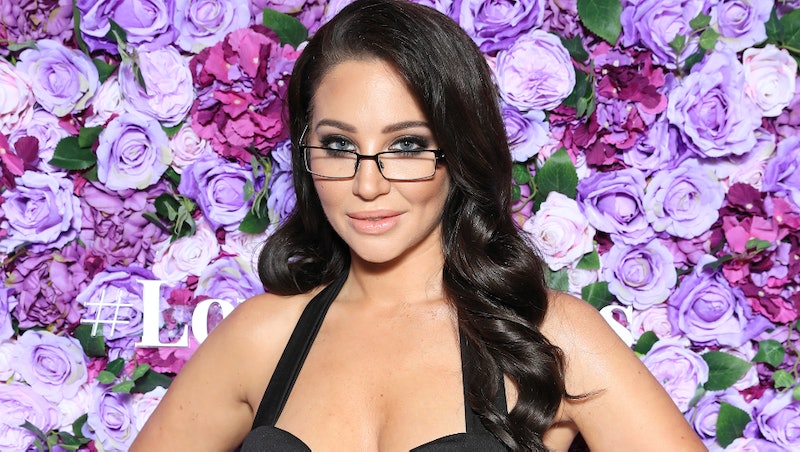 We all feel a pressure now and again to look a certain way, especially with the rise of social media apps such as Instagram, where we are bombarded with unrealistic images of perfection. And sometimes, it takes a celebrity to get up and speak out against the pressures we face as women to look perfect all the time. This is where a certain former X Factor judge steps in, because Tulisa Contostavlos just got real about unrealistic beauty standards women face in an interview with OK magazine. Take a bow Tulisa, take a bow.

Tulisa has been plagued with criticism over her appearance during her career, and most notably has been ridiculed and mocked for her lip fillers, which she had an allergic reaction to way back in 2014. The star apparently still hears about it from trolls.

"It's been such a long time since my lip fillers went wrong, and everybody needs to get over it," she told OK. Expanding more on her appearance and the way she is treated for it, Tulisa said: "I'm older too, so my face is going to change. I like to do anti-ageing and muscle-tightening treatments, and I keep my lip fillers up. I do a shitload of contour as well. But at the same time, I can just throw on a pair of shades and I'm not fussed."

Tulisa had previously spoken to Lorraine Kelly about her lip fillers, which she revealed she had initially had a reaction to: "I had an allergic reaction to something, and then it took me a while to get rid of it. I still get fillers in my lips, so it's all about maintaining. I'm happy with it now. That's where you're giving yourself a spruce."

Tulisa has been promoting her new music, which includes new single 'Daddy.' She had stayed out of the spotlight for a period of time, in order to take some time out after legal troubles and other personal events. She was last on our TV screens regularly as a judge on the X Factor, between 2011 and 2012.

"I just needed some me time and had to figure out what it is I wanted to do, and just to heal. It's been a really long journey, and I'm feeling good, better than ever," she told Lorraine.

And it sounds as though Tulisa is fully embracing herself and being true to the music she believes in with her new material, after signing to her old label Xploded Music.

"I lost my way for a while trying to make music for other people or what I think people wanted to hear," she told OK. "Now it's all about putting out music that I love and is true to myself.

"These songs are a return to my roots, and if you happen to like them then brilliant!"