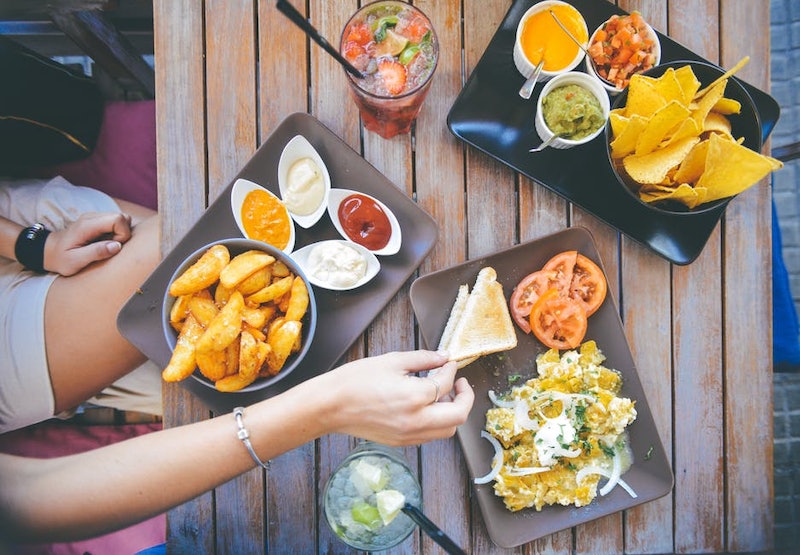 Have you ever walked into a sandwich shopped, perused the selection, gazed despondently out the window, and thought... Who am I? Such sandwichy epiphanies (sandwiphanies?) are real; and recently, one New York Times writer played witness to one. This columnist wrote about his experience taking a friend to a fancy sandwich shop — and subsequently realizing it was out of his friend's ballpark — and the internet can't handle it. Here's what's got people in a tizzy.

Said columnist is named David Brooks, and he recently penned an op-ed called, "How We Are Ruining America." The article discusses income inequality and how the upper-middle-class is at an advantage in our society. Things seemed to start off OK, but eventually went south when he shared a story about a meal he shared with a friend, who has a lower level of education than he does:

Recently I took a friend with only a high school degree to lunch. Insensitively, I led her into a gourmet sandwich shop. Suddenly I saw her face freeze up as she was confronted with sandwiches named 'Padrino' and 'Pomodoro' and ingredients like soppressata, capicollo and a striata baguette. I quickly asked her if she wanted to go somewhere else and she anxiously nodded yes and we ate Mexican.

While Brooks thought it was his initial choice of restaurant that was insensitive, readers seem to think that it's his recounting of the tale that's by far the worst part. They've pointed to his describing his friend as "only" having a high school degree, using that to explain why she can't comprehend the fancy sandwiches, and then having to resort to Mexican food (which I guess is where hungry people without college degrees eat?). Brooks, needless to say, ruffled a few feathers.

To be fair, I have a college degree and still don't know what the hell a soppressata is.

In all seriousness, people don't seem too thrilled with the way Brooks represented his friend, understandably. There seems to be much discussion around the relationship between education and sandwich fanciness — as in, there is none. Oddly, Brooks also recently wrote an article on how common it is these days for friends to bail on you... Not gonna touch that one.

More like this
On TikTok, Tinned Fish Date Night Is The Latest Viral Food Obsession
By Emma Carey
8 Completely Unserious Tips To Make Your Cuffing Season A Success
By Ginny Hogan
Why TikTok Is Flooded With Controversial Videos About "Pick Me Girls"
By Courtney Young
This TikTok Song About An Unrequited Romance Has FYPs In Shambles
By Emma Carey
Get Even More From Bustle — Sign Up For The Newsletter