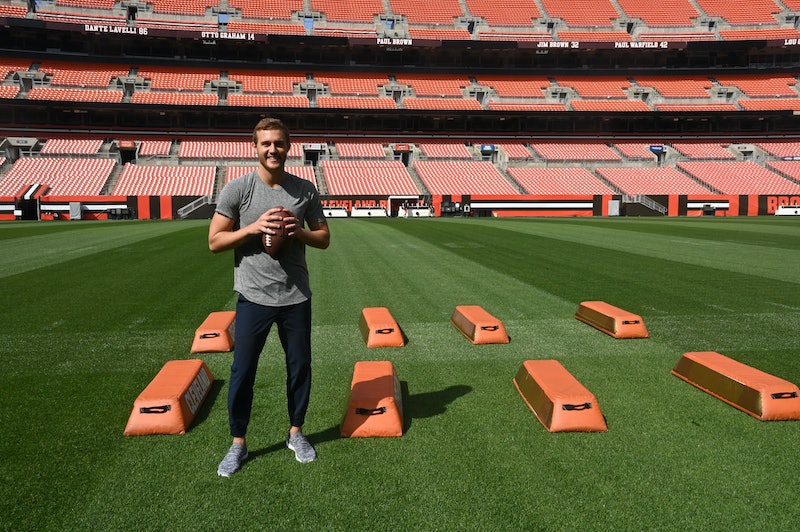 It's only Monday, and already Bachelor fans have a lot to process. First, this week's episode was briefly delayed for an update about the Iowa caucuses. Then came the realization that The Bachelor is five hours this week instead of the usual two (which is, frankly, already quite a commitment). That's right: after Monday's extended three-hour episode, The Bachelor is on for another two hours on Wednesday. Still, viewers are ready to begrudgingly tune in.

Why there's so much Bachelor content this week isn't immediately clear. At first, it seemed like it might be because of Peter's much-teased head injury, but that (unsurprisingly) ended up being a lot less dramatic than the show made it out to be. Peter explained to the women that he merely slipped while getting on a golf cart and split his face open on a cocktail glass. He got upwards of 20 stitches, but was ultimately fine.

With Peter now bandaged up and right back onto the regularly programmed schedule, it's even more unclear what drama will occupy the upcoming two-hour bonus episode. The women are starting to feel jealous about Peter's other developing relationships and lash out at each other, but that's par for the course in Bachelor world.

Whatever's to come, viewers will be there on Wednesday with memes at the ready.