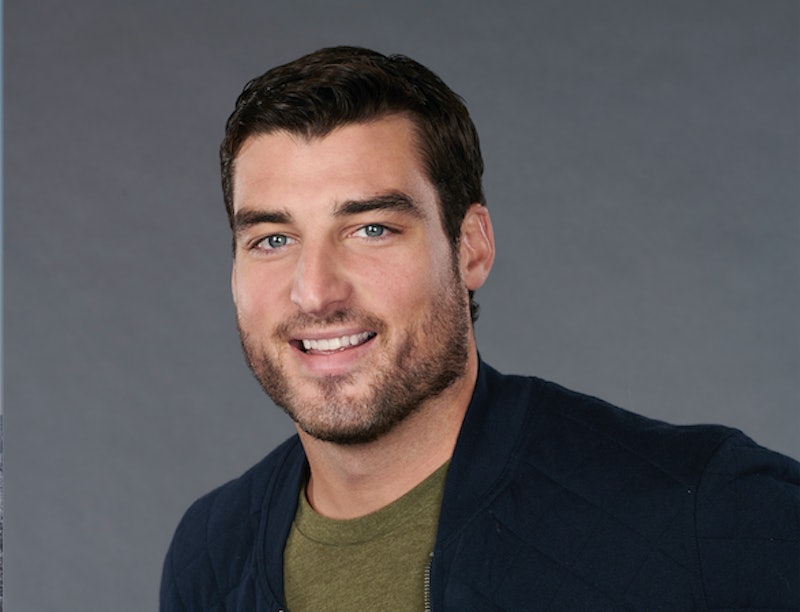 It's a running joke on The Bachelor and Bachelorette for contestants to have ridiculous-sounding jobs like "chicken lover," "dolphin enthusiast," and "free spirit." Hannah B. has her fair share of those (one guy's occupation is just listed as his full name, John Paul Jones, and we met a another with the title "Roller Boy" on night one), but, of course, she has some guys with legitimate gigs too. As a student, Tyler G.'s job is just going to school for now, but he has an interesting side hustle, and a career track record that shows he's a hard-working dude.

We haven't seen much of Tyler G. just yet on The Bachelorette, as there's only been one episode and there were 30 suitors for Hannah to sort through first. According to his ABC profile, he's a graduate psychology student living in Boca Raton, Florida. He describes himself as a "very laid-back guy with a go-with-the-flow kind of attitude" that "avoids clubs at all costs and would much rather spend time reading, going to SoulCycle, or relaxing on his boat." He wants to earn his PhD in psychology and become a clinical psychologist, and he has a side business in dream therapy analysis, so he could quite literally be the man of Hannah's dreams.

However, Tyler's not all academics and psychoanalysis all the time. Before going back to school to earn his psychology degree, he was a Regional Sales Manager at Anheuser-Busch InBev, according to his LinkedIn. Before that, he worked for almost three years at a Connecticut-based company called SpikedSeltzer, and in fact, he was the very first salesman for the relatively new brand; it seems to have been his first job right after graduating from Trinity College with a Bachelor's in economics. He left Anheuser-Busch after just over a year, and right now, he's hitting the books at Florida Atlantic University to finish out his psych degree.

As for what else Tyler does to earn money right now, well, it's hard to tell. Being a graduate student is typically a full-time kind of thing, and it certainly doesn't pay the bills. But hey — that's what student loans are for, right? Maybe Tyler is just in the same boat as the rest of us, waiting for Sallie Mae to take his hard-earned dream analysis money.

By the looks of Tyler G.'s Instagram, outside of work and school, he's into having fun with his family and friends — and drinking plenty of SpikedSeltzer. As their very first brand ambassador, he must get a fairly unlimited supply of the stuff, right?

Overall, Tyler seems handsome, fun, and smart, all attributes that should give him a solid chance with Hannah. All he needs now is some one-on-one time to show her everything he has to offer, and he may find himself on a clear path to her final rose. The Bachelorette fans (and Hannah, too) deserve a grand, fairy tale romance this season, and maybe Tyler G. will be the one to give it to us.