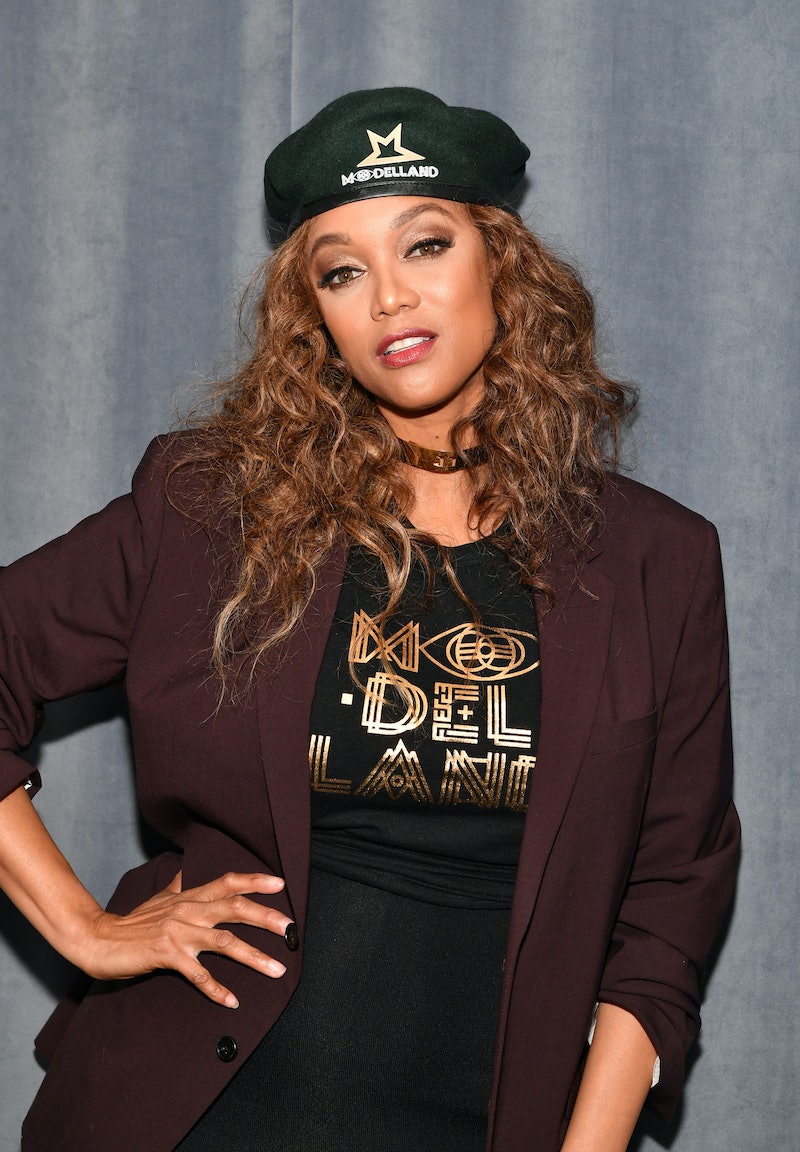 It looks like a return to trip to Sunnyvale is in order. During Sunday's episode of Watch What Happens Live with Andy Cohen, Tyra Banks confirmed she's working on Life-Size 3, per People. The actor and model didn't elaborate further, but it sounds like fans could see Eve again after her return in 2018's Life-Size 2: A Christmas Eve.

For now, the only thing that has been confirmed is that Banks is "working on Life-Size 3." Given how instrumental she was in getting the sequel made, that could mean the potential movie is still in its early stages. In a 2018 TV Line interview, the sequel's writer Cameron Fay, said, "Tyra was the real driving force in getting this made. This was like Tyra's baby." If she says she's working on it, then she's working on it. The only question is what the finished product will look like, and where it will air. The first film was a 2000 Disney Channel Original Movie co-starring Lindsay Lohan, while the second movie aired on Freeform. Now that Disney+ is in the mix, Eve's journey could potentially continue on the streamer.

Eve's next adventure is still a big question mark for now, but there are plenty of intriguing directions her story could go in. The most natural follow-up would be set in Sunnyvale — where all of the Eve dolls live when they're not being magically turned into humans. The sequel ended with Eve's human boyfriend Hyde became a doll in order to stay with her forever. It was a bit of a hasty decision that could make for a super entertaining, if unconventional, romance about how his life with Eve in Sunnyvale.

After all, even the writers weren't entirely sure how Hyde's decision would play out. "I’ll be honest, I didn't know if that was going to work," Fay told TV Line. "We thought about adding a line for Butler, being like, 'I don't know if you want to do that.' But they went for it. And I think what helps it a little bit — certainly the comedy of it — is that he's in his little chef's suit." She continued, "I don't know how Hyde's going to fit in in Sunnyvale."

The idea of seeing a human adjusting to life as a doll is appealing for sure, but another possibility is finally reuniting Eve with Casey, Lohan's character in the first movie. Banks wanted Lohan back for sequel, but it didn't work out, according to TV Line. Instead, Eve helped the young CEO of the toy company that makes the Eve dolls save her family's business. But since the Parent Trap star recently announced she'll be returning to acting for the upcoming supernatural film Cursed, there's a chance she could be open to appearing in the third film.

Until Disney shares an official update, Life-Size 3 will have to remain a mystery. But just knowing this DCOM classic is still going strong after two decades later is reason enough to get excited.