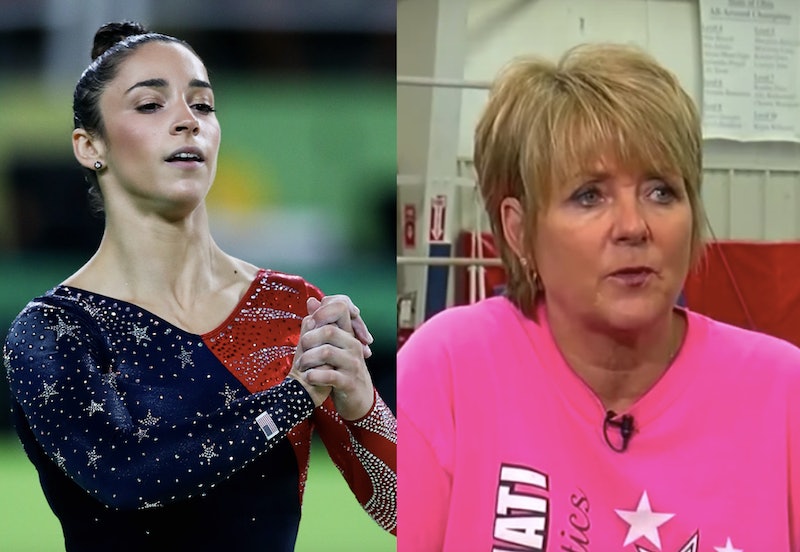 "We strongly believe in a culture that encourages our athletes and survivors to speak up and make their voices heard," USA Gymnastics said Friday in a statement announcing its decision to ask Tracy to resign. "As a representative of the organization, she inappropriately contacted a survivor, who is also a represented plaintiff, in response to that survivor's public criticism of her."

Tracy identified the athlete she'd attempted to reach out to as Raisman in a social media post Friday, according to Agence France Presse. The now-ousted elite development coordinator said she'd attempted to contact Raisman to offer an apology in hopes "we could work together to make our sport better and learn from all the mistakes of the past."

Tracy also claimed in her post that she was unaware that contacting Raisman, who is currently suing USA Gymnastics for how it handled the Larry Nassar case, was not allowed. Along with bringing a lawsuit against gymnastic's national governing body, Raisman has also been an outspoken critic of USA Gymnastic's decision to hire Tracy, who'd previously defended Nassar against allegations of sexual abuse.

Earlier this week, Raisman called Tracy's hiring "a slap in the face for survivors, and further confirmation that nothing at [USA Gymnastics] has changed" in a tweet posted Aug. 29.

"USA Gymnastics has appointed someone who, in my view, supported Nassar, victim-shamed survivors, & has shown no willingness to learn from the past," she tweeted. "What a profound disappointment!"

As allegations of sexual abuse first began to mount against Nassar in 2016, Tracy defended the former national team doctor in an interview with WCPO-TV. "My Olympians have all worked with Larry," she said. "We were all defending him because he has helped so many kids in their careers. He has protected them, taken care of them, worked with me and worked with their parents. He's been amazing."

Tracy has since expressed regret for her previous defense of Nassar, who was convicted of seven counts of criminal sexual conduct in January and sentenced to 40 to 175 years in prison after more than 150 women and girls accused him of abusing them under the guise of medical treatments and exams. "He had been someone that we all unfortunately had trusted and depended on, so when I was asked about my experience with him, that's what I said. I'm not denying that I said that," she recently told WCPO-TV. "Would I say that anymore? Absolutely not... The man is a monster."

Tracy went on to call Nassar a "master manipulator" and claim he'd fooled her along with many others. "For him to have abused the hundreds of young women that he abused, he was beyond evil, he was beyond manipulative, you can’t even put into words," she said.

But news of USA Gymnastic's latest stumble has spurred sharp criticism from the U.S. Olympic Committee. "We've been following their activity and as we close the day I'm afraid I can offer nothing but disappointment," USOC Chief Executive Sarah Hirshland said in a statement distributed Friday, according to USA Today. Hirshland went on to suggest that it was time for additional "adjustments in the leadership" at USA Gymnastics. Since Nassar's conviction, USA Gymnastics has already replaced a number of top officials, including its president and board of directors.