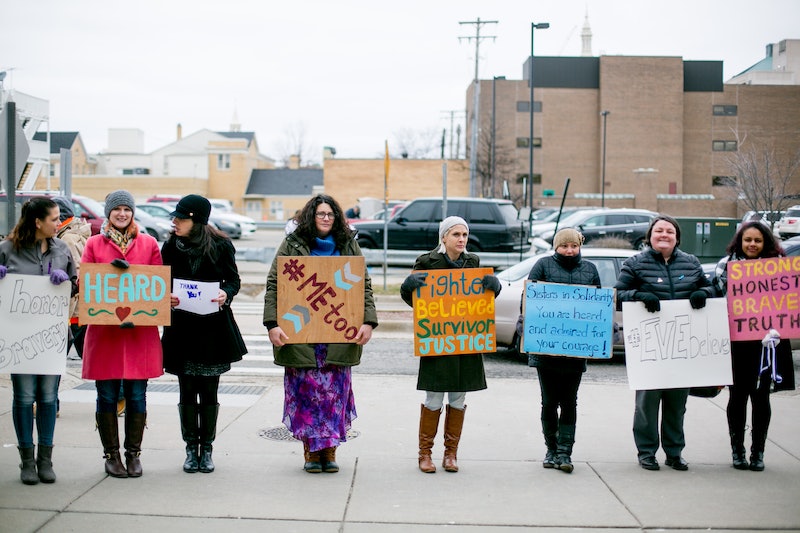 Following criticism on social media, USA Gymnastics CEO Li Li Leung apologized for recent comments she made about Larry Nassar. According to USA Today, Leung appeared on the Today show earlier this week and suggested she was not abused by Nassar as a 16-year-old gymnast because their interaction took place in a public space. After her comments were criticized as insensitive, however, Leung issued an apology.

According to Yahoo! Sports, Leung represented the United States at the 1988 Junior Pan American Games, when she was part of the U.S. junior national training team. She told the Today show that she was treated by Nassar for a knee injury but was not abused.

"The reason why I wasn't abused by him is because my coach was by my side when he saw me," Leung told the Today show earlier this week. "I was seen by him in a public setting. So I understand what the setting needs to be like in order to ensure safety for our athletes."

Multiple survivors, however, have testified that Nassar abused them while their parents or other people were in the room, and criticized Leung for her comments, per USA Today. As a result, Leung took to Twitter on Wednesday to post an apology.

"I understand how my comment seems insensitive to the survivors and their families, and I apologize," Leung tweeted. "My intent was not to diminish what they’ve been through. I should have clarified that my experience was completely different from theirs and it is wrong to suggest I could have a solution based on my experience alone."

"I cannot know all necessary steps to take until I hear their stories, and hope they will have a dialogue with us regarding athlete safety and well-being going forward," Leung added.

Before Leung published her apology, many social media users called on her to be accountable for perpetuating a myth about rape culture, though some went as far as to demand that USA Gymnastics fire her. According to USA Today, USA Gymnastics hired Leung to be its president and CEO in February; she previously served as the NBA's vice president for global partnerships, per Yahoo! Sports.

Now that Leung has started her tenure at USA Gymnastics, she told Today that she is trying to find ways to move forward following the Nassar scandal.

"First and foremost my priority in terms of coming to a fair and full resolution with the survivors," Leung said. "That is my utmost priority."

Leung's goals for USA Gymnastics' future are twofold, she told Today. First, she wants to speak with survivors — such as Olympic gymnasts Simone Biles and Aly Raisman — and address their lawsuits, though she reportedly cannot reach out to them directly due to ongoing litigation. Second, Leung said she wants to prioritize community outreach by gauging the perspectives of parents and coaches.

"I understand that words can be empty at times," Leung told Today. "I have said before, and I'll say it again: Judge us by our actions and not our words. So I do believe that you will see that we will show that we are caring about our athletes."

Leung is USA Gymnastics' fourth CEO in two years, USA Today reported, and since being hired, she has tried to shift the organization's reputation in the aftermath of the Nassar scandal.