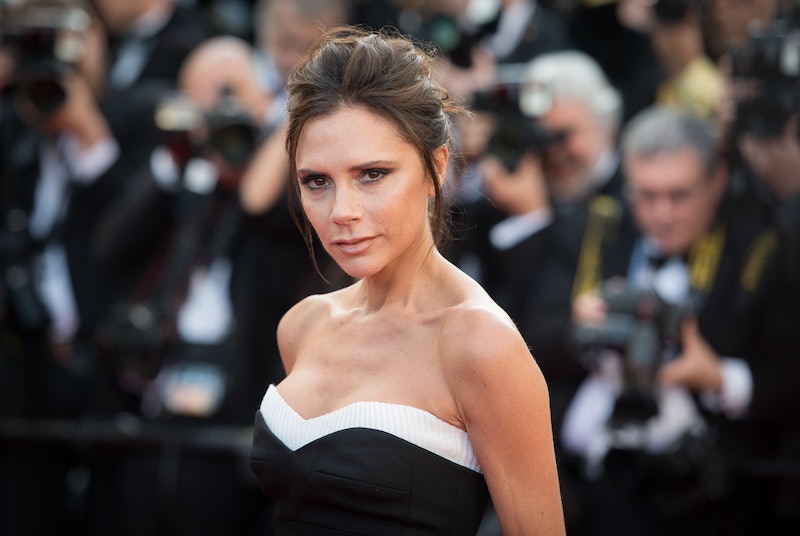 Victoria Beckham is channeling her inner Spice Girl with her Fall 2020 collection that debuted at London Fashion Week on February 16. While the fashion itself was classically tailored, as Beckham is well known for, it was her footwear designs that transported the world back to the early-aughts.

An army of over-the-knee boots stormed the catwalk, paired with midi silk dresses, tweed skirts, and crisp button-down shirts. The best part? The leggy footwear featured a platform sole and heel that Posh Spice would've most definitely worn on tour in the late '90s. It was so obviously plucked from the wardrobes of the former Spice Girls, in fact, that it felt like a tribute to Beckham's former bandmates.

Leave it to the designer and mother of 4 to constantly push the boundaries of what power dressing means in 2020. She is consistently at the forefront of design when it comes to reimagining suiting, tailored tops, and polished accessories — and her killer footwear is just the latest example.

Judging from Victoria Beckham's Fashion Month showing, it’s officially time to hop on the Spice Girl-inspired shoe trend ASAP. Her latest offering proves that 2000s fashion is back and more polished than ever.