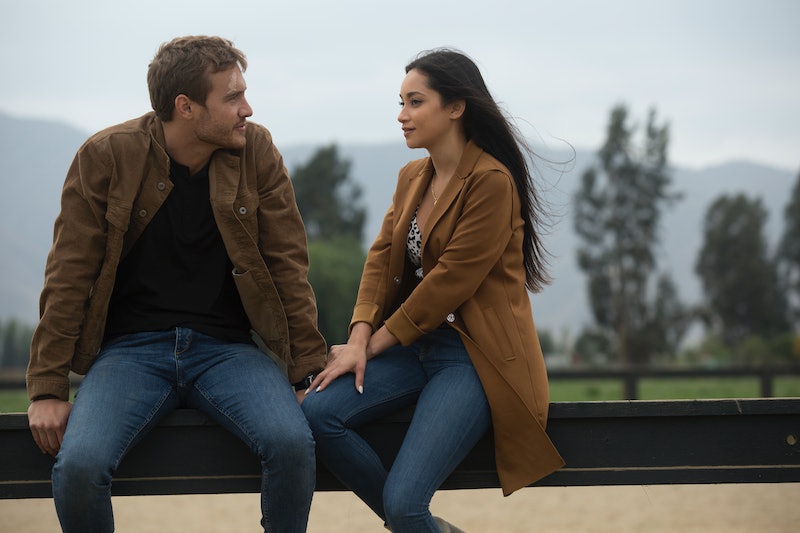 Peter's trip to Virginia Beach to meet Victoria F.'s family may not have gone as planned, but the pair are still headed to the Fantasy Suites next week nonetheless. However, Victoria F.'s hometown date on The Bachelor really should have been the end of her "journey" on the reality show and her relationship with Peter, especially after all of the red flags that she has shown during her time on the show.

Despite admitting that he had "doubts" about Victoria in the past, things appeared to be going well for the pair during the first half of their hometown date, until Peter confronted Victoria about some warnings that his ex, Merissa, had given him, and she told him that she didn't think they could "move forward" in that situation. The whole conversation erupted into a fight, with Victoria attempting to storm off and Peter telling her that, "I feel like every time, it's been me trying to talk you down, and you wanting to give up on this."

The next day, after Victoria came to his hotel to tell him that she's "falling in love" with him, Peter explained that their constant arguing was taking a toll on him. "I get so confused when things blow up with us, and I feel like we have no communication skill. Things will be so good and then ... they'll just implode," he said, adding that while things are often fun with them, he's having a hard time trusting their relationship. "How am I supposed to have any kind of confidence in us if it's always going to be the same thing?"

Still, Peter ultimately decided to trust Victoria and give her a rose, sending Kelsey home and moving forward with their relationship, when he should have probably said his goodbyes to her after their disastrous date.

This season has been filled with drama — so much so, in fact, that Peter has had to defend his choices to Bachelor Nation multiple times — but nobody has brought more drama to their relationship than Victoria F. On the fashion show date, Victoria's insecurity over being compared to the other women was so overwhelming that she told Peter that "I don't think I'm made out for this," and almost left the show, and things got even more difficult when they went on their first one-on-one and Victoria ran away in tears after telling Peter about her past relationship with country singer Chase Rice.

Then, in Chile, Victoria admitted that she didn't think she was ready to be married at the end of this journey, and told producers that she couldn't stop questioning things and sabotaging the relationship. "Nobody else has put me through anything like this," Peter told her at the time, confessing to the cameras that he thought he was more invested in their relationship than she was.

Peter has said over and over again that he wants someone who is as crazy about him as he is about them — and yet, he's also continuing to force a relationship with Victoria, despite feeling like she's doesn't care as much as he does. Sure, he doesn't want someone who is only on The Bachelor for "fun," but there's a difference between taking "the process" seriously and a relationship that is nothing but difficulty. "It's been a little dicey," Peter said on the date, before explaining that he and Victoria have "always worked through it," but he's never shared what he thinks they're working for.

No relationship that has formed on The Bachelor is a normal relationship, but that still doesn't mean it should be this difficult for Peter and Victoria to fall in love. They've fought, they've cried, they've run away from one another — but there's no connection underneath to make it all see worth it to the people watching at home. Victoria may have shown Peter that she was willing to fight for him, but ultimately, they both probably should have walked away long before that disastrous hometown date.