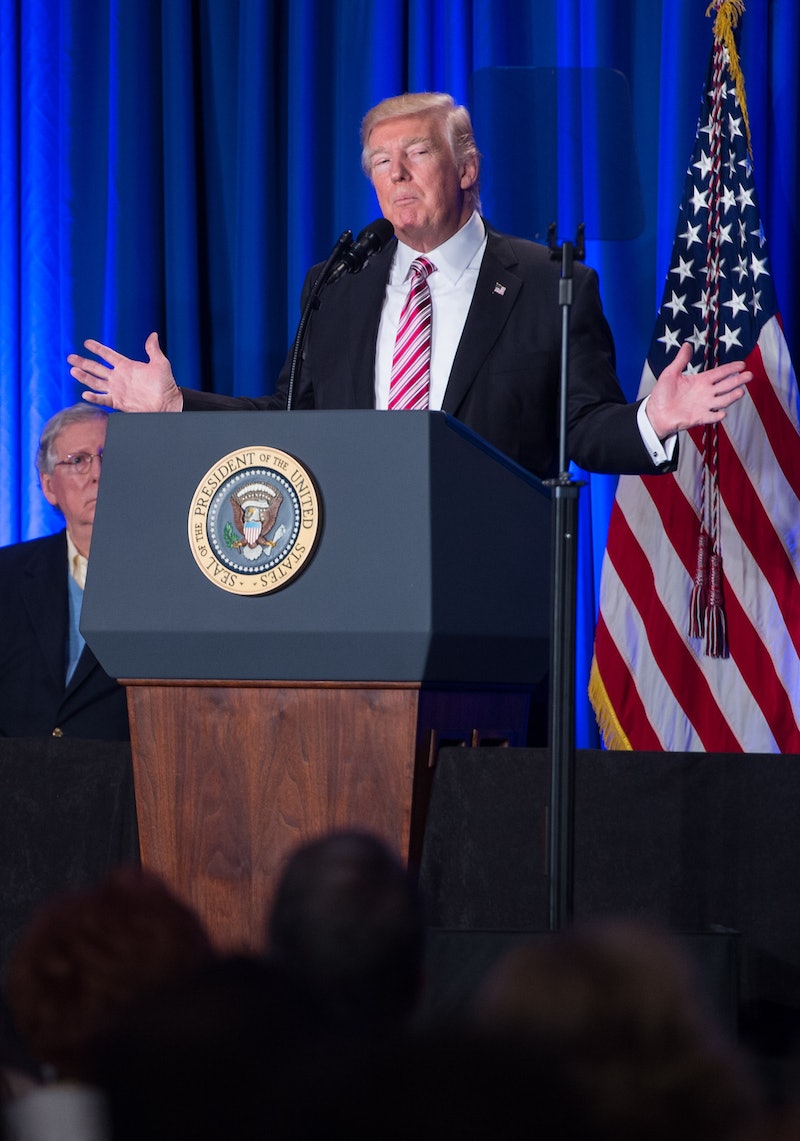 After signing an executive order to confirm plans of a border wall, President Donald Trump's team has announced one way he could fund it. Trump could pay for the wall by imposing a 20 percent tax on Mexican imports, thus carrying out his promise that Mexico would foot the bill.

The import tax would be a sneaky way of getting the country to pay for it, despite President Enrique Peña Nieto's opposition to funding the wall. Although Press Secretary Sean Spicer told White House reporters that the new plan proposal, which is just an option and not the policy proposal, would be such that the "American taxpayer is wholly respected," American consumers could be affected if certain Mexican imports decrease in supply.

"When you look at the plan that's taking shape now, using comprehensive tax reform as a means to tax imports from countries that we have a trade deficit from, like Mexico," Spicer said on Jan. 26, according to New York Times reporter Michael Shear's press notes. "That's really going to provide the funding," Spicer continued, after giving details about the proposal.

Trump's potential plan to fund the wall would place this 20 percent tax on all Mexican imports, which, according to Spicer, is something many other countries do. "If you tax that $50 billion at 20 percent of imports — which is, by the way, a practice that 160 other countries do — right now our country's policy is to tax exports and let imports flow freely in, which is ridiculous," he said. The import tax plan would "easily" fund the wall, Spicer said. "By doing it that way we can do $10 billion a year and easily pay for the wall just through that mechanism alone."

Although Spicer says the free flow of imports in the U.S. is "ridiculous," others disagree, saying trade between the U.S. and Mexico should be viewed as a two-way street. Moreover, approximately 40 percent of Mexican products actually come from the U.S., according to the Department of Commerce. Because of this close relationship, nearly 5 millions U.S. jobs depend on our trade relationship with Mexico, according to research from the Mexico Institute at the Wilson Center.

Mexico's president, Enrique Peña Nieto, made a fiery speech about Trump just hours before the news of the wall funding plan broke. "Mexico will not pay for any wall," he said.