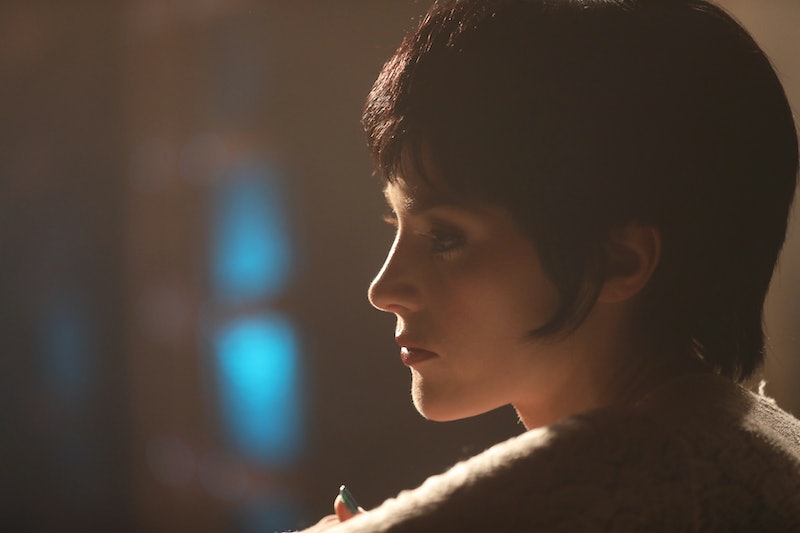 Just like the theater world is smaller than you'd expect, Fosse/Verdon shows there's a lot of overlap when it comes to the women that Bob Fosse was professionally and personally linked to. In his musical Chicago, many actresses have portrayed the role of Roxie Hart, including Gwen Verdon and Liza Minnelli. Although Fosse/Verdon had them working together on Cabaret, it's not clear if Verdon and Minnelli were friends in real life. The episode "Nowadays" will go deeper into the development and production of Chicago, like how Minnelli temporarily replaced Verdon in the Broadway show. And this event will surely have you wondering what the status of these two stars' relationship was.

Verdon is trying to relive the heyday of her Fosse-Broadway collaborations with Chicago on Fosse/Verdon. Viewers already know how it will play out with Chicago ending up as a massive hit once it was revived on Broadway in the '90s. But it doesn't always look like it will turn out promising in the FX miniseries due to Fosse and Verdon's strained relationship.

However, the show premiered with Verdon as Roxie Hart on June 3, 1975. Just about two months later though, Verdon became ill and needed someone to fill in for her. That's when Minnelli stepped in. Playbill reported that the Cabaret star was Roxie from August 8 to September 13 in 1975. She only had six days to learn the role.

The producers of Chicago told The New York Times at the time that Verdon was suffering a "minor throat ailment." In Peter Shelley's biography Gwen Verdon: A Life on Stage and Screen, he wrote that this was allegedly caused by Verdon swallowing some confetti during the "My Own Best Friend" number. He wrote that Verdon's understudy Lenora Nemetz covered for her before Minnelli came onboard. "Verdon may have felt a twinge of resentment, despite the fact that she liked Minnelli, but that would have been overridden by the profit the star's presence in the show would mean for Verdon's investment," Shelley wrote. And even though the show did not advertise Minnelli in the role, she did cause a stir once the word was out. Her dates sold out and she even received the key to New York City from the mayor onstage.

Shelley noted that Fosse was worried how his estranged wife would react to the reception that Minnelli was receiving. Shelley described the audiences as being "on their feet as if they were at a rock concert" in response to Minnelli and security guards were placed to keep theatergoers back. There was a press embargo so no outlets could review Minnelli's performance over Verdon's, but The New York Times reviewer Clive Barnes reportedly threatened to boycott the producers' future shows if he wasn't allowed to write about it.

In his New York Times review of Minnelli's performance, Barnes said there was no reason to compare the two women's performances — citing how the lack of advertisement seemed to be in fear of that. "The reason for all this soft talking is said to be that Miss Minnelli is doing the show simply as a favor to her friends — Mr. Fosse; John Kander, the composer; and Fred Ebb, co‐author of the book and lyricist (and it is some favor) — and the producers did not wish to have Miss Minnelli compared with Miss Verdon," Barnes wrote. "This is pretty silly, for it would be like comparing a white wine with a red wine — Miss Verdon is a dancer who sings, and Miss Minnelli is a singer who dances, and both are separately and distinctively adorable."

So the story goes that Minnelli was more friends with Fosse, Kander, and Ebb — all three of whom she had collaborated with for Cabaret, plus other projects — and not necessarily Verdon. So that's one reason she did Chicago. The other, according to The Liza Minnelli Scrapbook Book by Scott Schechter, is that she thought it would be fun. In the book, Minnelli is quoted from 1977 saying why she chose to do Chicago in between the filming of her two movies Lucky Lady and A Matter of Time. "I was just kinda hanging around L.A. and I thought, 'Wouldn't it be swell if I just whipped in and did that show for five weeks?' So, I called up and I asked if it would be alright, and they said, 'Sure,'" Minnelli said. "So I got to do that show for five weeks, and let me tell you, I never had a better time, ever."

Yet, just because it doesn't seem that Verdon and Minnelli were pals doesn't mean they didn't get along. Before all this, Shelley wrote about Verdon's feelings on Minnelli during the filming of Cabaret. "She enjoyed Liza Minnelli and was not envious of the way that Fosse was transforming her into a spectacular dancer," Shelley wrote. The biographer also confirmed the details from Fosse/Verdon that Verdon helped created Minnelli's iconic style as Sally Bowles. Years later, in 1997, Shelley wrote that Verdon was in the audience when Minnelli filled in for another star — Julie Andrews — in Victor/Victoria.

Verdon was 20 years older than Minnelli and she died in 2000. Minnelli is still alive, but interviews where she speaks directly about Verdon are hard to come by. Still, while Verdon might have been disappointed in this Chicago setback and that the younger, Oscar-winning Minnelli replaced her for a brief stint, it seems their relationship was completely fine — even if they weren't buddies like Roxie Hart and Velma Kelly.