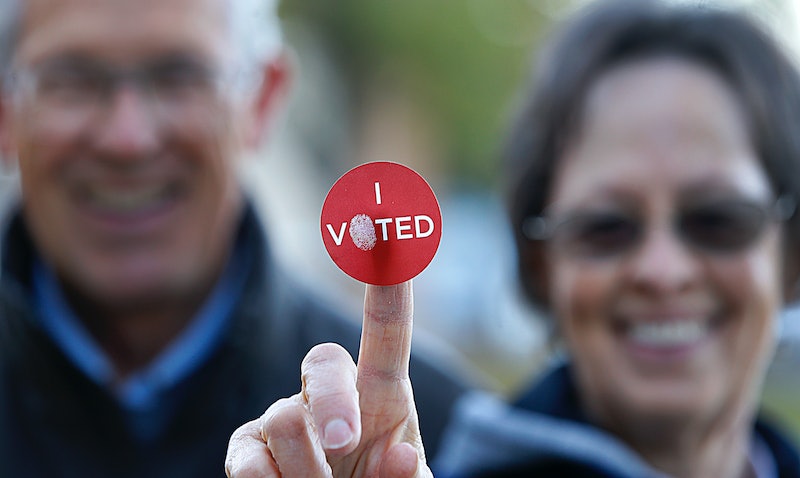 It’s hard to keep your finger on the political pulse these days. For one thing, as a regular person who has a job, friends, and a personal life to keep up with, how are you supposed know what every little thing means without a political science degree? And so much is happening all the time. As soon as you have a handle on registering to vote and getting to know your local candidates, you also need to learn more about some of the biggest ballot questions in the 2018 midterms.

Ballot questions have a couple of different purposes. While advisory questions are a way for officials to take the temperature of their constituents on an issue, ballot measures allow the public to pass or repeal laws directly. Normally, a bill must pass a vote in each chamber of the state legislature and get the governor’s signature to become law. With a ballot measure, though, voters get to approve or reject a piece of proposed legislation.

There was a lot of talk this election cycle about a ballot measure that would split California into three new states: California, Northern California, and Southern California. But the state’s Supreme Court struck it from the November ballot over the summer, citing serious questions that were raised about the measure. Here are some of the biggest questions that will appear on ballots across the country in the 2018 midterms.

Repealing a law that protects transgender people from discrimination

A measure on the ballot in Massachusetts would repeal a law that bans discrimination against transgender people in public places, allowing transgender individuals to use public facilities, like bathrooms, based on their gender identity rather than their assigned sex.

Advocates of the law say that it’s an important measure that protects people from discrimination, while repeal activists argue that it makes “whole segments of the population feel unsafe and exploits their privacy and security.”

Banning the use of public funds for abortions

In Oregon, voters will decide in November whether to pass a measure that would ban the use of public funding for abortions except when “medically necessary” or mandated by federal law. In Alabama and West Virginia, there are measures on the ballot to amend the states’ respective constitutions to make it clear that those documents do not protect a right to an abortion. Those measures lay the groundwork for the possibility that Roe v. Wade, the Supreme Court decision that first established abortion rights, is overturned.

Florida is one of only three states where people who've been convicted of a felony are permanently stripped of their right to vote. A measure on the ballot in November could change that. The Voting Rights Restoration for Felons Initiative would automatically restore the right to vote for people with felony convictions once they complete their sentences, with the exception of people who've been convicted of murder or sexual offenses.

In Arkansas, there will be a measure on the ballot in November that would require voters to present a valid photo ID before they can cast their ballots.

No taxes on tampons

And these measures easily could be successful — in June, Oklahoma voters passed a measure that legalized medical marijuana use.