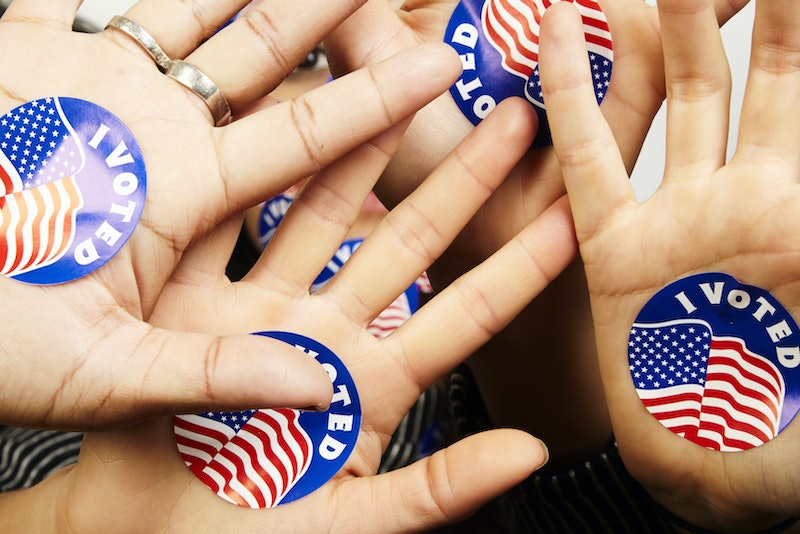 Voting is confusing enough as it is. You need to keep track of where your polling place is; what kind of ID you need to bring; how the machine works; and who you’re voting for in your local races. It almost feels like adding insult to injury when you finally get into the voting booth and there are, you know, questions on the ballot. Nobody said there was going to be a pop quiz!

Don’t worry, there’s a simple explanation — and it won’t count toward your final grade. Those questions on the ballot are called ballot measures, and they allow you to have a say in your local laws.

You know how a bill becomes a law, right? A member of Congress drafts it, members of both chambers debate and vote on it, and if passed, it moves on to the president’s desk. The president then decides whether or not to sign the bill into law. (The president can also veto the bill, and then it goes back to Congress.) Seems straightforward, right? That’s how state laws work, too, except that it’s the state’s governor who has the power to sign or veto a bill that passes the state legislature.

But there’s another way to enact state law, and it has to do with those questions you see on your ballot. Those can actually sometimes become laws if enough voters vote for them — no vote in your state legislature necessary, no governor’s signature, or extra steps.

So, how do these measures get onto the ballot in the first place?

The process varies from state to state, but in general, it involves gathering signatures — a whole lot of signatures. First, someone has to come up with the idea for the measure, and then they have to convince enough registered voters to sign a petition to put that measure on the ballot.

Ballot initiatives can be incredibly powerful.

Do they really make laws, though?

Some ballot measures are “advisory” questions — they’re on the ballot just so that your local representatives know how the public feels about an issue, and voting yes or no doesn't directly impact local laws. But some ballot measures revolve around amendments or statutes, and the results of the vote on those questions will change local law.

Ballot initiatives can be incredibly powerful. California’s Proposition 8, which banned gay marriage in the state, passed in 2008. And campaigns to legalize marijuana via ballot initiatives have performed well in recent years. In June, voters in Oklahoma passed a measure to legalize medical marijuana, and in November, voters in Michigan, Missouri, North Dakota, and Utah will vote on marijuana legalization measures.

When you get to the voting booth, just read the questions and decide whether you agree with them or not, and then vote accordingly. The wording of these questions can be tricky, so slow down and make sure you know what a "yes" vote means and what a "no" vote means for any given ballot measure.

Outside interest groups tend to pour money into advertising around these questions, too, so do some research ahead of time that will help you cut through all the spin. You can use tools like the National Conference of State Legislatures’ statewide ballot measure database or the National Institute on Money in Politics’ ballot measures tool to look up which ballot questions you may encounter in November.