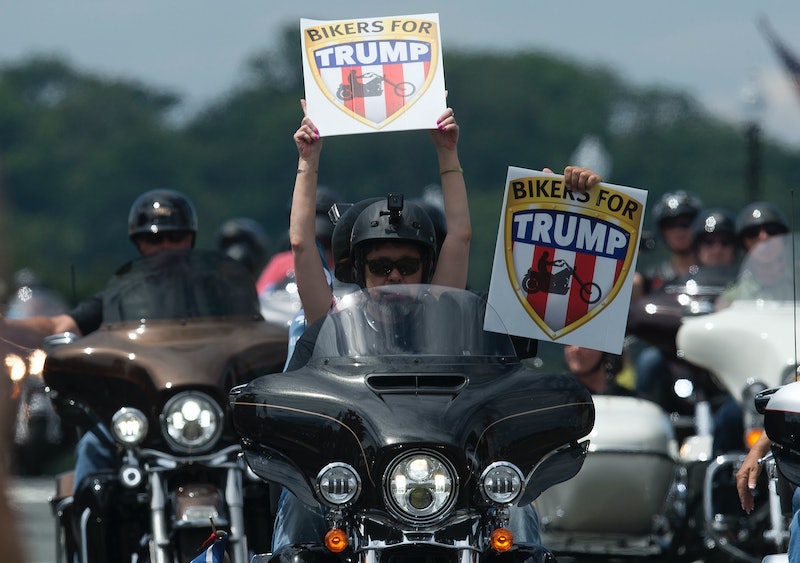 The crowd for Donald Trump's inauguration appears to be far smaller than the throngs of people who arrived for Barack Obama's first swearing in eight years ago, but plenty of the incoming president's supporters did show up. How about that group of motorcyclists who want to Make America Great Again? What are the "Bikers for Trump" doing on Inauguration Day?

The group's founder, Chris Cox, told Fox News days before the inauguration that Bikers for Trump would be coming to the event, and Trump himself later confirmed this on Twitter. Cox said that the Bikers would, if necessary, form a "wall of meat" to protect the crowd from any violent anti-Trump protesters who might hypothetically be there.

Cox said he expected as many as 5,000 members of his group to show up, while one Biker for Trump predicted a 30,000-strong showing. A photograph circulating social media earlier in the day purported to show an endless stream of motorcycles streaming down the freeway en route to the inauguration; however, that picture turned out to have been from 2013, four years before Trump's inauguration.

Ultimately, the Bikers did show up, though not in nearly as large numbers as the group predicted: Voice of America pegged the number of Bikers for Trump at 200.

There were reports that some Bikers got into a brief physical altercation members Disrupt J20, an anti-Trump protest group, near one of the inauguration's security checkpoints. It appeared to be only a brief scuffle, however, and there were no reports of major injuries.

The Bikers for Trump showed up to the inauguration, all right. There just weren't nearly as many of them as the group may have anticipated.