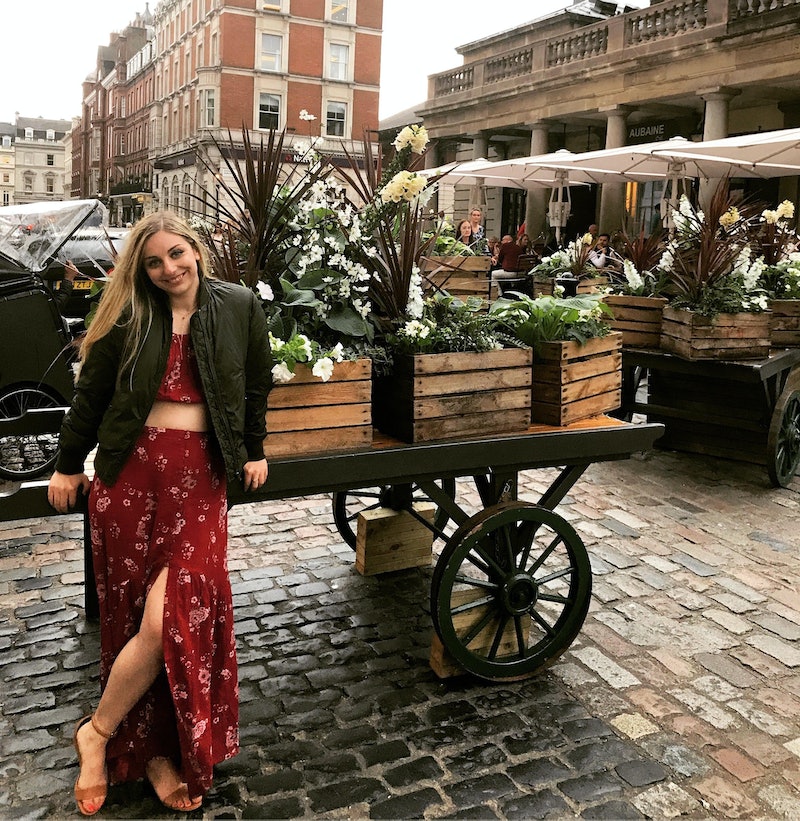 As embarrassing as it is to admit, I haven’t had a serious relationship since high school. My journey from undergrad into adulthood was one giant mood swing as I gravitated between an endless hope for love, and crushing despair over the death of romance thanks to dating apps like Tinder. I spent my time ignoring what I truly wanted, giving guys a chance although they had proven themselves unworthy of my time, and convincing myself that keeping it casual was my best option if I wanted someone around. It was exhausting.

According to Monica Parikh, founder of School of Love NYC and instructor of the course “28 Days to Attracting Your Best Relationship”, there were a few markers of mature, adult relationships I happened to be missing in my past connections. “Emotional maturity and physical maturity are two completely different things,” she tells Bustle. “Unfortunately, the latter does not beget the former.”

It seems so obvious now, but I couldn’t see it then. Though your potential partner may technically be in the adult bracket, that doesn’t mean they have what it takes to become a part of a healthy, adult relationship. So how do you find an emotionally mature person, ready to engage in the real deal? “Emotionally mature people view relationships as places where they can learn, heal and spiritually grow,” Parikh says. “They do not look to their partner to fulfill all their needs. They also realize that romance and pragmatism are necessary ingredients in strong unions.”

Through dating, learning what a person values, and discovering their ability to communicate, you can determine their emotional capability to form a strong, and lasting connection, Parikh says. Had I known that then, I could have saved myself a lot of dating app aggravation.

Here’s some of the things that I’ve learned from my own experience.

1. I Didn’t Have to Play Games

When I finally met my current boyfriend, he was a breath of fresh air because he was consistently upfront with me. Not only did he text me promptly after I messaged him, he wasn’t shy about asking me out a second time *gasp* the night of our first date. Since then, he’s been open about what he’s feeling toward me, and what our relationship means to him. I later realized the key difference lay in the fact that he was ready for and wanted a relationship with me. Someone who wants to be with you won’t make you run around in a state of emotionally-frustrated confusion. They’ll let you know, and it’s that simple.

2. Fights May Be More Complex

Thanks to my recent status change to “adult,” life has been courteous enough to throw at me a whole new slew of problems. Before, dealing with the student debt, rent payments, and general existential crisis was my own problem. Now I get to share it with my poor, unsuspecting partner.

I quickly learned that a movement into physical and emotional maturity meant that fighting in a relationship is a lot more complicated than it used to be. We come to the table with a lot of our own baggage, and a million issues that none of us are really equipped to deal with. Things like money suddenly became something we fight about. Stress from our jobs just loves to boil over into our personal lives. And it’s all weird, uncharted territory for me.

3. But Our Communication Skills Are Better

Luckily, I’m better at dealing with issues than I was in the past. Now that I’ve grown up a smidge and my partner is a full-fledged, emotionally mature adult himself, we’ve made a point to take a second after our fights and discuss them. We reflect on what it is we were impatient about, and think of alternatives if the same argument were ever to come up again. “Conflict is inevitable,” Parikh says. “But, smart people understand that life is not ‘black or white,’ ‘either or.’ There is nothing to be gained from two people battling to win. The real win is when couples develop solutions where everyone's a winner.”

4. The Honeymoon Period May End But It Leads To A Greater Intimacy And Understanding

It didn’t take me long to realize that relationships don’t last in the honeymoon phase forever. Sure, it was nice spending hours just staring at each other, but things evolve. For me, what started as a giddy attraction eventually developed into some real-deal feelings. When we were no longer like Romeo and Juliet in the balcony scene, we began to settle into a mutual sense of comfort that resulted from a better understanding of one another. I’ve found there’s something really intimate about that; getting to know another person without the rose-tinted glasses gives you a better appreciation for who they are on the whole. And there’s nothing better than feeling fully understood by someone you truly care about.

5. The Sex Is Better

It’s that simple. Once you’ve been practicing it for a while, and you finally find a partner comfortable with expressing their needs while openly listening to yours, things get good. Really good. For me, the trust and confidence took a second to develop, but once I felt comfortable with my partner, it felt good to tell him what I liked and what I was open to trying. It takes some trial and error, but we’re always on the same page with what we’re wanting, and it makes things all the better.

6. We Grew Into A Mutual Support System

Maybe it’s because I’ve never had a relationship that lasted beyond six months until my present one, but this sense of support is really new to me. Along with my boyfriend’s constant openness about how he feels for me, he goes out of his way to uplift me when I need it. Whether it’s something small like making me smile when I’ve had a crappy day, or bigger things like showing support for my career, he’s always there. It’s been my mission to match his support with my own because I believe he deserves it all, and that is a novel feeling in and of itself.

7. Compromise Is Different Than Changing My Needs Entirely

A symptom of all my previous failed trists was my tendency to forget all my needs in favor of keeping someone around. Now, I’ve learned that was probably the worst thing I could do. From the beginning, my partner has gotten to know what’s important to me, and what I expect of him in our relationship. I’m continually learning the same from him. Rather than try and make his needs supersede mine, we’ve found a good common ground between what we both require of each other, and our lives in general. Luckily, when I found the right guy a lot of my needs matched his because we are more compatible than anyone else I’ve met in the past. Now, things have just seemed to meld together.

8. Weathering Challenges Is Better Together

Being independent is awesome, but having someone to root for you, cry with you, laugh with you, and kick your butt when it’s necessary is awesome too. At the beginning of our relationship, my grandfather passed away. Although he was older and died peacefully, it was still a tough time for myself and my family. Having the added support of my boyfriend who offered 24/7 aid helped get me through my grief. I’ve always found it tough to ask for help from another person, but my partner has shown me there’s no weakness in that.

And that’s probably the best thing of all.

More like this
The Differences Between Kinks & Fetishes, Explained
By Lexi Inks
Are Quality Time & Gift-Receiving Love Languages Compatible?
By Lexi Inks
It's A Pleasure #53: Help! My Boyfriend Won't Tell Me Why He Stopped Going Down On Me
By Sophia Benoit
Breeding Kinks Have Been On The Rise Since Roe V. Wade Got Overturned
By Lexi Inks
Get Even More From Bustle — Sign Up For The Newsletter