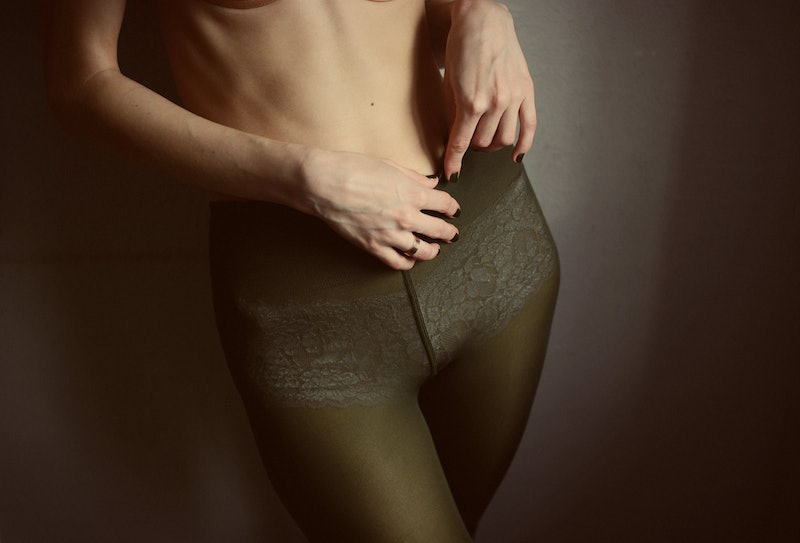 The importance of cervical mucus to getting pregnant — or not getting pregnant, depending on your preference — is, as we're increasingly discovering, pretty important. Tracking the viscosity and "feel" of your mucus as it changes throughout your cycle is a scientifically approved way to track your fertility and ovulation, as your more fertile days will involve a thinner, more watery secretion and your less fertile ones sticky, opaque ones. Sperm are more capable of movement through the thin mucus, so they're a signal that the body is prepared and ready for impregnation. And this has led people to wonder what can affect their cervical mucus, to make it better (or worse) for conceiving — but the options they're being offered often have little or no science behind them at all.

Planned Parenthood notes that many potential elements can have a problematic influence on the composition of cervical mucus, from breastfeeding to douching (please don't do that), to hormonal birth control and STDs. If you're feeling dryness or are worried about cervical mucus levels in general, it's a good idea to go to the GP or gynecologist rather than attempting to treat it yourself — particularly because, as we'll see, many of the options recommended on forums and by fertility sites aren't exactly proven to be helpful.

More like this
6 Unexpected Causes Of Post-Workout Fatigue
By Carolyn Steber
I Visited Remedy Place, The Social Club Transforming The Wellness Industry
By Rachel Lapidos
The 8 Best Pilates Exercises For Lower Back Pain
By Carolyn Steber
All The Muscles You Work When Doing Deadlifts
By Carolyn Steber
Get Even More From Bustle — Sign Up For The Newsletter