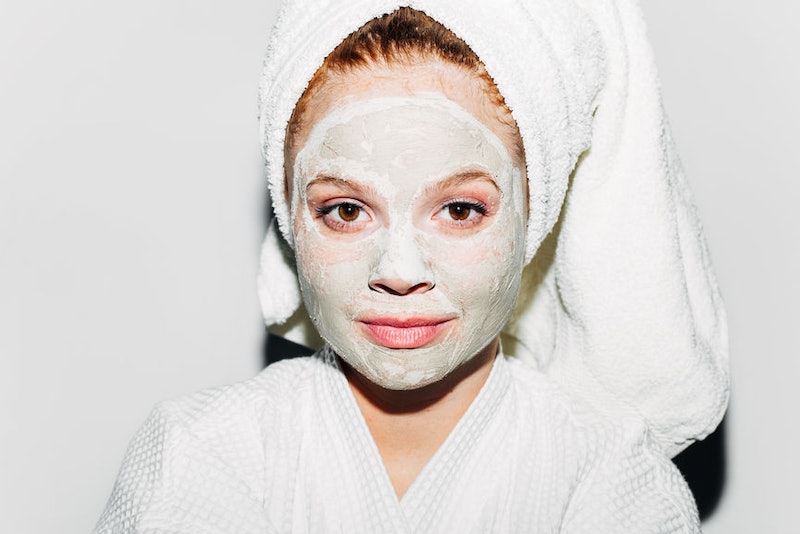 For a significant proportion of acne sufferers, an awful lot of time is devoted to answering one infuriating question: what causes acne? Could it be down to diet, or is it governed by hormones? Is it the result of stress, or does the blame lie with your foundation? Well, a new study has singled out one potential cause you probably haven't encountered during your late night Googling: the genetically influenced shape of your hair follicles. And while that sounds just a little harder to resolve than, say, not drinking enough water, the researchers say the findings are positive: a better understanding of acne could enable the development of more effective treatment.

Researchers at one of the National Institute for Health Research's Biomedical Research Centres, based at Guy's and St Thomas' NHS Foundation Trust, conducted a genetic study of almost 27,000 people, as the Guardian reports; 5,602 of the participants had severe acne. The study singled out genetic variants that appeared most frequently in the participants with acne; among those variants, a significant amount impacted the way hair follicles develop.

The scientists concluded that certain hair follicle shapes result in "a follicular environment prone to bacterial colonisation and resulting inflammation" — in other words, they're more likely to trap bacteria and cause acne breakouts. While previous studies have established the influence of genetics on a person's susceptibility to acne, as the study authors point out, this is the first to isolate the development of hair follicles as a cause.

According to Professor Jonathan Barker, a consultant dermatologist and the study's lead author, the findings could result in significant progress in acne treatment; the field has stagnated for decades, he told the Guardian. "Applying these genetic approaches to acne has never been done before, and it’s a significant leap forward," he explained. "When you have insight into the genetic basis of a condition, you can develop much more effective treatments."

So what might those future treatments look like? At present, according to the NHS, the most commonly prescribed medications to combat acne include topical and oral antibiotics, the oral contraceptive pill, topical retinoids, and the teenage staple benzoyl peroxide. There's also isotretinoin, or Roaccutane, an oral medication that's described as "very effective" but can also result in serious side effects.

As the study authors note, the current available medications focus on fighting bacteria and reducing inflammation. But future acne treatments could target the very root (sorry) of the problem, by focusing on the development and maintenance of the hair follicle itself and thus preventing the build-up of bacteria.

Picture it, my fellow warriors in the seemingly eternal battle against acne: no more benzoyl peroxide induced lizard skin. No more accidental chemical burns thanks to overzealous masking. No more miserably restrictive and impossible to maintain diets, or experimental supplementing with every single capsule available at Holland & Barrett. A different — and actually effective — acne treatment could be on the horizon, friends. Is there any way to hurry it up?