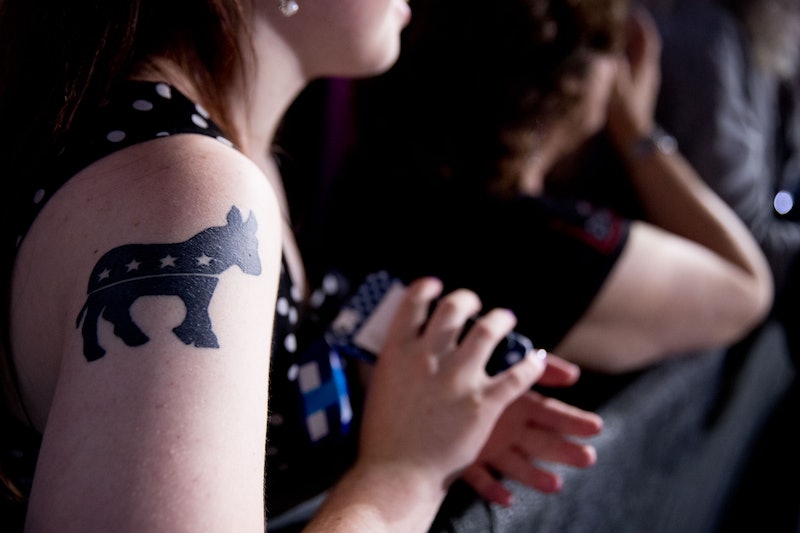 "Blue wave." "Taking back the House." The phrases may sound like a description of a frat house turf war, but they describe possible midterm election outcomes. If Democrats win control of the House of Representatives, they would be “taking back the House,” and if they win a lot of seats previously held by Republicans, that would be a “blue wave.” But for Democrats to take back the majority in Congress this November, they have to make sure the numbers are on their side.

OK, OK, so how do they take control of the House?

And what about the Senate?

Democrats need to win two of the seats currently filled by Republicans to win a majority in the Senate. But they also need to hold onto all 26 seats they currently control that are up for grabs in November.

So do Democrats have a strategy to retake control of Congress?

Yes. In fact, in May, Democrats rolled out a platform called “A Better Deal for Our Democracy.” They’re speaking out specifically against President Trump, and the platform focuses on three key points: voting rights, ethics laws, and the campaign finance system.

Voting rights have gotten more complicated over the past year, so Democrats are touching on everything from access to the polls to election hacking. The point about ethics laws is in direct response to what Democrats claim is the Trump administration’s flagrant violation of those regulations. And, according to the platform, Democrats want to increase the amount of transparency in campaign finance so that you can see who donates to which political campaigns.

Be real. What are the odds Democrats will actually take control of Congress?

It’s hard to say at this point. Midterm elections typically don't go well for the party of the current president, according to Politifact, so Republicans are in a defensive position. But Democrats have to defend a lot of seats as well if they want to win a majority in either house of Congress.