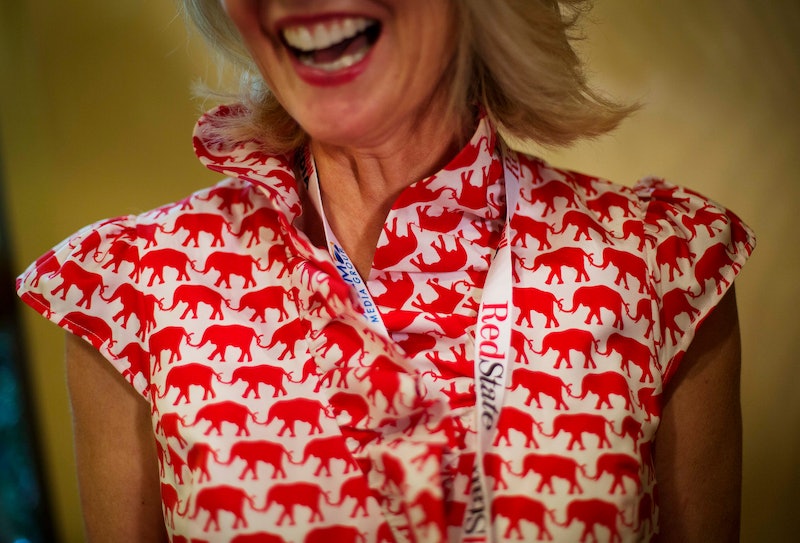 Republicans already hold a majority in both the U.S. House and Senate. To remain in control of Congress, Republicans can afford to lose up to 23 seats in the House on Nov. 6. That would still leave them with a one-seat majority over Democrats and control of the House. But in the Senate, Republicans hold a much slimmer two-seat majority, so they have much less room for error. If just one Republican senator loses their race, neither party will have a majority and the Senate will be evenly split.

This scenario is not common. It's only happened three times in U.S. history: first in 1881, then in 1953, and most recently in 2000. When the Senate is evenly split, the Constitution allows the vice president to cast a tie-breaking vote. So in the event that Republicans and Democrats each hold 50 Senate seats, whichever party is in the White House essentially gains control of the Senate.

What does it mean for Republicans to “hold onto” seats?

What happens if Republicans keep control of Congress?

Well, we already have some idea: Republicans have controlled Congress since the 2014 midterm elections, and for the past two years they’ve controlled the White House as well.

Based on that, we can take a pretty good guess about what this would look like. Republicans will likely continue to push for a repeal of Obamacare. They might move to restrict or end the ongoing investigations into President Trump and his associates and cabinet members. Leadership on the Democratic side of things would also likely face backlash, as they did after Republicans’ unexpected victory in 2016.

What are the odds that Republicans keep control of Congress?

Republicans don’t exactly have the best odds of retaining control of Congress. According to PolitiFact, the party of the current president usually loses seats in the midterm elections. This year, that’s the Republican Party. The biggest question will be whether they lose enough seats for control of Congress to pass into Democratic hands.