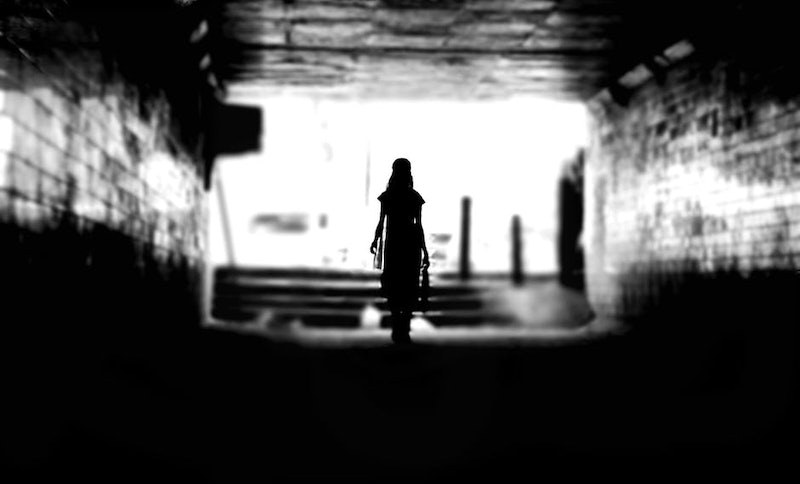 Tunnels. Bright lights. A sensation of looking at your body from the outside, followed by the realization that your jeans don't fit as well as you thought they did. These are all things near death experiences have in common, according to people who have lived to tell the tale. While brushes with death take many different forms, research has shown that the cliches associated with impending doom — vivid out-of-body experiences, soothing bright light, and so on — are actually common elements that pop up again and again. But is how often do these feelings occur, and do they follow any particular order?

Recent research published in Frontiers in Human Neuroscience took on both of these questions. In the study, researchers analyzed the written accounts of 154 people who had endured a near death experience (NDE), looking at the frequency of different phenomena and keeping track of the order they occurred in. As it turns out, there wasn't much order to be found. The most common sequence of events was an out-of-body experience, going through a tunnel, seeing a bright light, and at last, a feeling of peace — but this was only reported by six participants.

Researchers had a little more luck when they narrowed it down to the first and last events: One third of participants began with an out-of-body experience, and a little more than that said their NDE ended with a return to their body. Overall, though, the order seems to depend on the person.

The content of an NDE, on the other hand, was a different story. On average, people reported four different phenomena in their experience. A feeling of peace was the most common (80 percent), followed by seeing a bright light (69 percent), and coming across another being.

The least common experiences were speeding thoughts and precognitive visions.

"Based on the present results... it appears that no NDE feature is universal in its occurrence," researchers concluded in their paper.

In case you're wondering, there are far more elements of NDEs than those reported in this particular study. According to the International Association for Near Death Studies, other commonalities include a feeling of transcendental love, hanging out in an otherworldly landscape, encountering long-lost friends and family, and yes, seeing your life flash before your eyes. They tend to happen when you're clinically (albeit temporarily) dead or in a life-threatening crisis.

Needless to say, there's considerable debate about what causes an NDE. Some say it's proof of an afterlife, while scientific research attributes these feelings to a medical cause — firings of an oxygen-starved, dying brain.

If you're worried about having to review the more embarrassing bits of your life, you're in luck: Not everyone goes through an NDE when they're close to death, and even if they do, they might not remember it afterward. But even if you do have a near death experience, I'd say the "near death" part is the one worth worrying about.