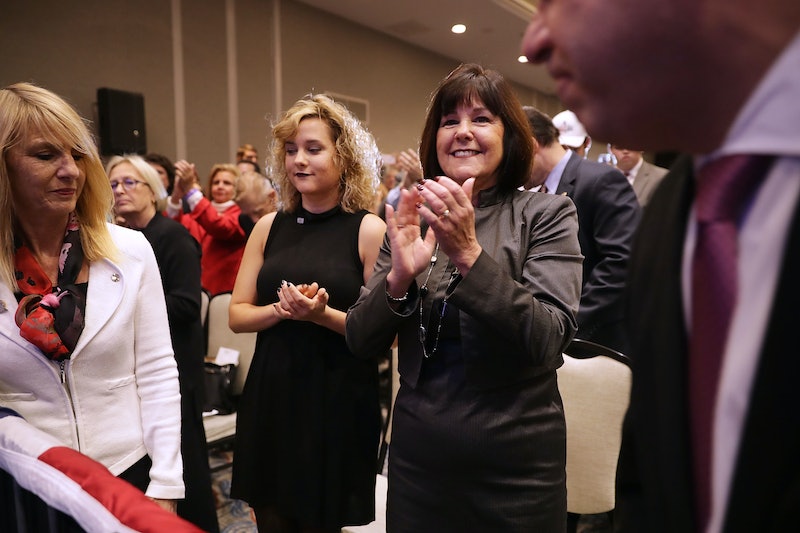 While Vice President Mike Pence is praising anti-choice protests at the March for Life, his oldest daughter is making a name for herself for taking what is arguably a more compassionate approach. Also, she seems to be sidestepping the world of politics. So, what does Charlotte Pence do?

Charlotte just graduated this summer from DePaul University in Chicago with a double major in Digital Cinema and English. She said the timing of her father's nomination and her graduation put her in a position to be able to travel with her parents during her dad's campaign run. In an interview with her school's independent newspaper, The DePaulia, Charlotte explained she wants to do a lot more than that, too:

I want to go into the creative side of film production, looking at stories and books and scripts and really life stories and taking those to the screen. I did a few internships while I was in college and I started kind of doing some part time work for a company that hasn’t fully launched yet, which I’m really excited about. So I think that’s my ultimate goal.

And Charlotte already has. At 23 years old, she's winning awards as a documentary filmmaker. Her work has included Fleeced, a documentary that confronts senior financial abuse, and For The Records, a film that gives a voice to adults who have mental health struggles. Her bio on the website for For The Records states that Charlotte "believes in the philosophy that every filmmaker has a responsibility to tell important and uplifting stories through the art of cinema. She has lived this out through her involvement with many short films and documentary projects that have inspired her and shown her new ways of thinking."

Charlotte may not be going rogue politically like her younger sister, Audrey. While the youngest Pence has been open about being more socially liberal and not sticking to the Republican Party, Charlotte hasn't necessarily followed suit.

Charlotte appears to still consider herself aligned with her family's religious views, publishing a piece titled, "Believing In God And Other 21st Century Burdens" in Thought Catalog. In it, she defended her belief in a higher power, writing, "But what if the burden is the religion itself? If that’s the case, then I accept the burden. I accept that my curiosity will make me uncomfortable. Am I alone or are there others out there that are afraid to find their voice?'"