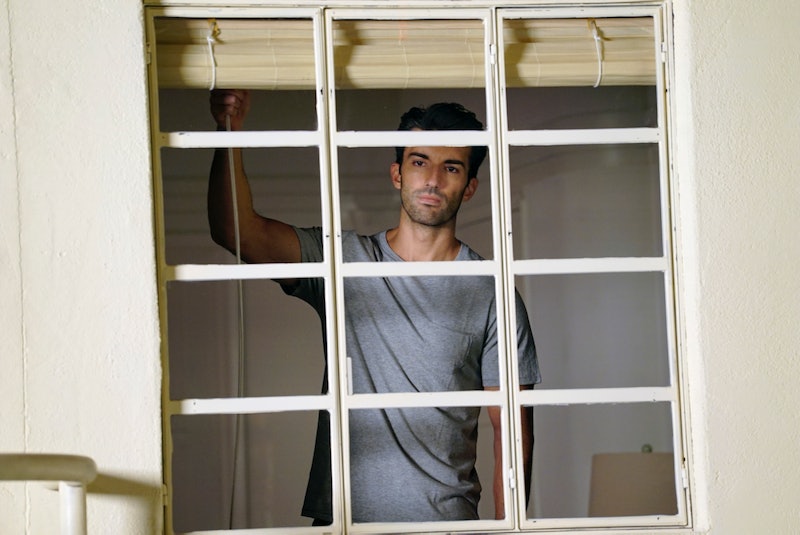 Spoilers ahead for Jane the Virgin Season 5 Episode 8. Rafael's children are each having their own issues in "Chapter 89." But things might become even more dire for them since Rose is after Rafael's children on Jane the Virgin. Sin Rostro sent her lackey Bobby to befriend Luisa and Bobby uses their neighborly bonding to convince Luisa to reconnect with her brother's kids. Because of this new friendship, Luisa feels empowered to ask Rafael to meet her nephew Mateo and her nieces Anna and Elsa. Unbeknownst to Luisa, this has all been masterminded by her ex-lover and stepmother Rose, so it's unlikely that this family reunion will be good news for any of the Solano brood.

In "Chapter 89," Mateo is struggling with his reading while Anna and Ellie are traumatized from seeing Milos be shot by JR. As Petra discusses how she wants to send the girls to therapy with Rafael, Bobby spies on Raf. When Luisa calls, Bobby reveals that his main goal is to get her reunited with her family — specifically, Rafael's three children. "You are ready to be a loving aunt to your nieces and nephew," Bobby tells her. Considering that Rafael is not on the best of terms with Jane since they broke up, Rafael might be open to reconnecting with his sister now that she's sober and no longer entranced by Rose. And yes, that just might mean that he's ready to have her in the lives of his children with Jane and Petra.

Unfortunately, Luisa doesn't realize that she's being played by Rose for approximately the umpteenth time. Sin Rostro has been giving directives to Bobby via video chat from jail. That last time these two communicated on screen was in "Chapter 87" after Michael uncovered Rose's illegal market called the Satin Road. "If the cops are onto the Satin Road, we've got bigger problems," Rose told Bobby. "We need to move up the timeline. Leave Michael alone, he's irrelevant now."

That timeline evidently has to do with Mateo, Anna, and Ellie. But more likely, it's about Rafael and the secret of who his biological parents are. Rose has claimed to know their identity, but she hasn't shared it with Rafael. If Rafael's parents have some connection to the crime world like Rose, she may want to use their biological grandchildren as collateral to get what she wants from them. That would certainly be on brand for her since during the Season 1 finale, Rose stole baby Mateo all so that she could get back the flash drive with the identities of the criminal's faces she had changed.

There is the very slight chance that Rose isn't being that evil and is just trying to connect Luisa with her nieces and nephews because it will make Luisa happy. And if Luisa found out that Rose was behind this, maybe she'd want to be with this crime boss again. But considering that Luisa is why Rose is in jail and that Rose was unhappy that Luisa was working with the cops, this seems less likely.

Another potential "nice" thing Rose could be doing is taking Rafael's kids for some sort of genetic testing to find his biological parents. Because maybe she doesn't really know who they are like she has claimed. But again, Rafael tricked Luisa into coming back to the Marbella, which is how Rose landed in jail — so why would she want to do him any favors?

What it probably all comes down to is the unsolved mystery of Rafael's parents, which might just be the last twisty reveal of the series. And while viewers may want to know the identity of Rafael's biological mother and father, it better not come at the cost of Jane, Petra, and Rafael's children.