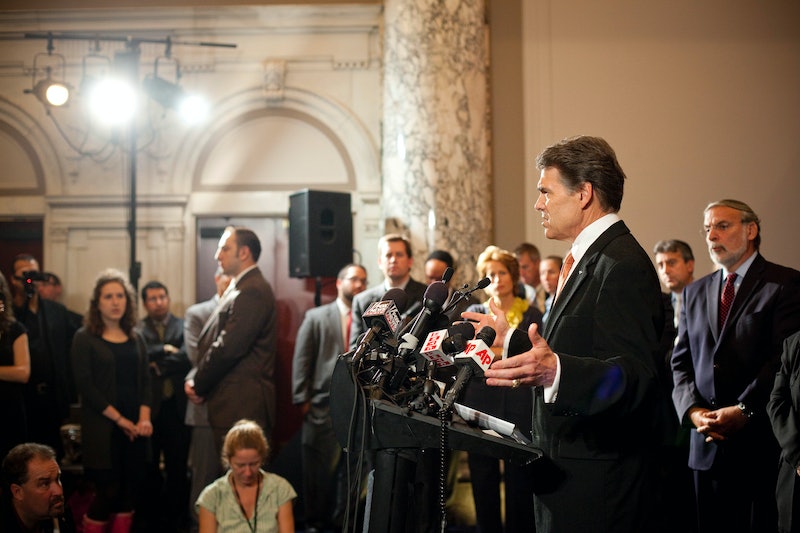 This week, the Republican-controlled House of Representatives drew sharp criticism for what can only be described as an early power play in advance of the swearing-in of the 115th Congress. Namely, they moved to strip the Office of Congressional Ethics of a number of its powers, a move that was ultimately halted after thousands of constituents called in to criticize it. But if you're not familiar with it, you might be wondering: What does the Office of Congressional Ethics actually do?

It's a reasonable question if you're not a close observer of congressional politics, especially considering the office hasn't been around that long. It was founded back in March of 2008, the brainchild of then-Speaker Nancy Pelosi, whose House Democrats had swept into power in 2006 on the strength of a similar swamp-draining message to the one Trump used in 2016. It was founded largely to impose independent oversight on congressional ethics scandals, coming in the aftermath of the glaring Jack Abramoff corruption case, as well as Florida Representative Mark Foley's 2006 resignation after allegations of sexting with congressional pages, according to the Washington Post.

The basic function of the OCE is to operate as an independent ethics arm, as opposed to the partisan-controlled House Committee on Ethics, which can then recommend further investigation by the committee if it so decides. In the event that the OCE urges further investigation, a report detailing why is legally required to be publicly released ― a fact which members of Congress plainly don't like. Such reports have rattled both Democratic and Republican careers alike, from California's Rep. Maxine Waters and New York Charles Rangel to Texas' Rep. Ted Poe and Georgia's then-Rep. Nathan Deal, who resigned to escape further inquiry (he's now the state's governor).

It also recommended further investigation into Democratic representative Alan Grayson back in January of 2016 over his operation of a hedge fund, in addition to directing multiple legal firms. This was months before domestic violence allegations by his ex-wife thwarted his Senate primary bid. You can find every one of their public reports here.

Essentially, that's what the bulk of the situation is about. When the OCE recommends somebody be further scrutinized by the House Committee on Ethics, that information becomes public knowledge, and many lawmakers don't like that, whether because it's happened to them, they fear it might, or out of a belief that publicizing the recommendations are a violation of due process (that's the case Rep. Bob Goodlatte made in defense of the efforts to strip its authority). The OCE doesn't have subpoena power like the House committee does. To the contrary, its impact is entirely in service of transparency, which is probably why the GOP's proposed rules changes targeted their ability to engage with the public.

For the time being, however, the whole effort has been put on hold. While the Washington Post's Robert Costa reports that House GOP members "detest" the OCE and may revisit the issue, for the time being, an outpouring of public criticism seems to have halted the effort. Which means you might be hearing about this again several months down the line, when other big issues in the political world might serve to obscure it.