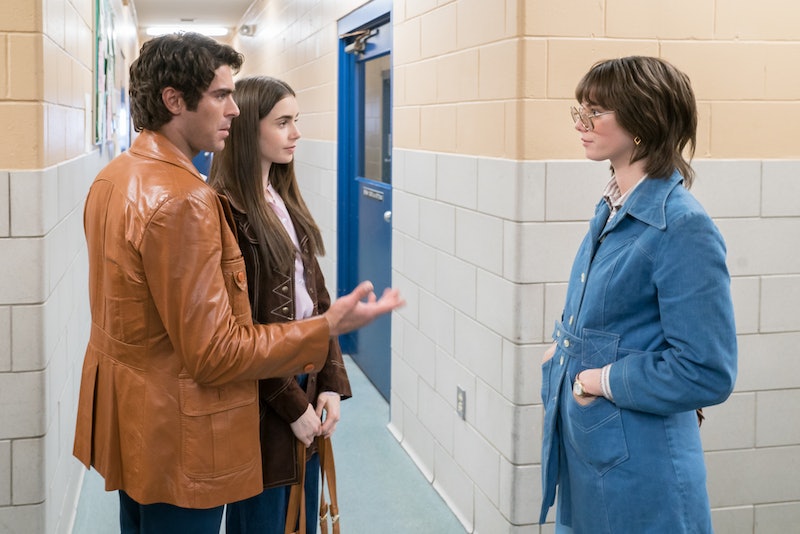 Starring Zac Efron as the convicted serial killer, the Ted Bundy biopic Extremely Wicked, Shockingly Evil and Vile, on Netflix May 3, tells his story from the point of view of his longtime girlfriend Liz Kloepfer (Lily Collins), who was in the dark about his actions for most of their relationship. But Kloepfer wasn’t the only woman in Bundy’s life. Extremely Wicked also shows how Bundy's relationship with Carole Ann Boone (Kaya Scodelario), his fiercest supporter and, eventually, his wife. But where is Carole Ann Boone in 2019?

The Bundy biography The Only Living Witness: The True Story of Serial Killer Ted Bundy notes that Boone first met Bundy when they worked together in the Department of Emergency Services in Olympia, Washington. At the time, she was dealing with many issues, including the death of an uncle and a divorce. “I liked Ted immediately,” Boone said, per authors Stephen G. Michaud and Hugh Aynesworth. “We hit it off well. He struck me as being a rather shy person with a lot more going on under the surface than what was on the surface."

According to Boone, though the two developed feelings for each other early on, their bond was just a close friendship at first. Per The Stranger Beside Me by Ann Rule, their relationship continued even after Bundy moved away and had been arrested; Boone was one of a few visitors who allegedly smuggled cash into Bundy's cell as he awaited trial in Colorado in 1977; at the end of that year he made his second escape from custody.

The Netflix docuseries Conversations with a Killer: The Ted Bundy Tapes, also directed by Extremely Wicked's Joe Berlinger, shows how Boone moved to Florida when Bundy stood trial there for the Chi Omega murders. She testified on his behalf in that case in 1979 and testified again during his trial for the murder of Kimberly Leach, less than a year later. He was convicted in both cases. During the sentencing part of the 1980 trial, Bundy, who had largely defended himself, proposed to Boone while she was on the stand, in front of the judge. Boone accepted. And, according to The Stranger Beside Me, the marriage was legal because of a particular Florida law.

Boone told Bundy that she wanted a child., and she claimed in an interview that they managed to have sex in prison. “We kept looking out the window. There was a black guard who was real nice. After the first day, they just — they didn’t care. They walked in on us a couple of times,” said Boone in a tape shown in the docuseries. Boone eventually gave birth to a daughter name Rose, who she claimed was Bundy's. The couple divorced in 1986, and Bundy was executed in 1989.

Boone has stayed out of the spotlight, as has her daughter with Bundy. She hasn't spoken out much about him over the years, so there's no direct confirmation of how Boone looks back at their marriage. Still, years later, it remains a point of fascination for those who are intrigued by true crime stories.

More like this
12 ’90s Movie References You Missed In 'Do Revenge'
By Radhika Menon
What’s New On Netflix: Ana De Armas’ 'Blonde' & A Nick Kroll Special
By Arya Roshanian
These 25 International Horror Movies On Netflix Prove Fear Is A Universal Language
By Bustle Editors
Here’s Everything Coming To & Leaving Netflix In October
By Jake Viswanath
Get Even More From Bustle — Sign Up For The Newsletter