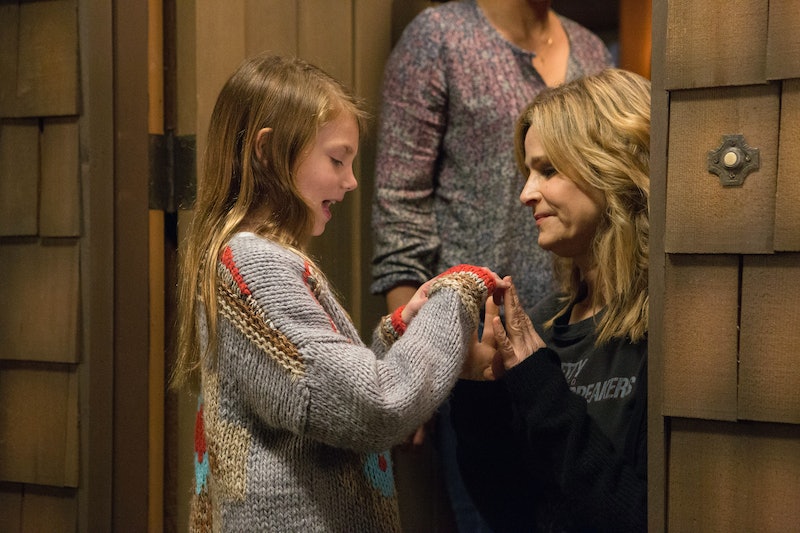 If you love a good mystery, look no further than ABC's new series Ten Days in the Valley for your newest obsession. The show follows the story of Jane Sadler (Kyra Sedgwick), a successful documentarian and television writer whose daughter goes missing one night while she is working in her writing shed. And between a volatile ex husband, a two-faced assistant, and a thieving housekeeper, the show is not lacking for suspects in the kidnapping. But as the story continues to unfold, the question of what happened to Jane's daughter Lake is slowly coming to light.

At first, it seemed pretty clear that Jane's ex husband, Pete, had something to do with his own daughter's disappearance. That's what Jane immediately assumed, and he had a history of taking Lake without asking for permission. But when Pete was confronted by the police, he seemed just as distressed as Jane about Lake's disappearance, leading investigators to think that perhaps he was innocent after all. Yet, although he was off the radar while the police investigated other suspects, such as Jane's housekeeper Beatriz and a writer on her team, it's again starting to look like Pete might be the culprit in his daughter's disappearance after all.

First, there's the issue of his girlfriend, Casey. She is Jane's personal assistant, and Jane has absolutely no idea that her employee is dating her ex-husband behind her back. And if that wasn't complicated enough, we soon learn that Pete wants Casey to provide him with an alibi for the time during which Lake went missing. They had been together that night until 1 am, but Pete begs Casey to tell the police she was there all night. He insists that he was actually home alone all night, and only wants her to lie for him so that he has a more convincing alibi. Hmm.

Then, at the end of Episode 3, it was revealed that Casey is actually part of the group of people who are holding Lake. She came to the house where they are holding Jane's daughter to tell a pregnant woman (who could possibly be her sister) that "everything will end tomorrow." It's totally unclear what that means for the fate of Lake, but it does solidify Casey as one of the culprits.

What still remains to be seen is how much Pete knows about what Casey is doing. It seems like they aren't necessarily in cahoots, since Pete wouldn't be begging Casey to be his alibi if they were working together. But it does seem too convenient a coincidence that Pete's girlfriend just happens to be the culprit, and he knew nothing about it. My guess is that Pete wanted Lake to be kidnapped while Jane was working to prove that she is an unfit mother, and cause him to be granted full custody of Lake, which is something he seems to truly want. That result seems close to actually happening, as in the most recent episode, Detective Bird discovered that Jane was doing cocaine the night her daughter disappeared and called Child Protective Services. Maybe Pete hired an outside group to stage the kidnapping so his hands would be clean, and didn't realize that his girlfriend would be a part of that group. Perhaps they are working on the same task, but with ulterior motives.

The other detail that struck me as odd in the most recent episode was the fact that the woman holding Lake was extremely pregnant. In the first two episodes, quite a few scenes centered on Jane's sister Ali's attempts to conceive. She's shown going to a fertility clinic for an ultrasound, and taking shots of hormones in order to increase her chances of getting pregnant. This seems like a plot line that doesn't have any relevance to the central story, unless somehow it's been a clue all along. Maybe Ali met the woman holding Lake at her fertility clinic, and convinced her to be a part of this plot. What Ali's motive might be, or whether this detail is anything other than a red herring, is unclear.

Whoever the culprit might be, it seems like the next episode will be significant for Lake's fate, as Casey declared that it will all end soon. And if the culprit really is someone in Jane's family, whether it be Pete or Ali, I hope she learns that sooner rather than later so she knows who to trust as she attempts to get her daughter back.