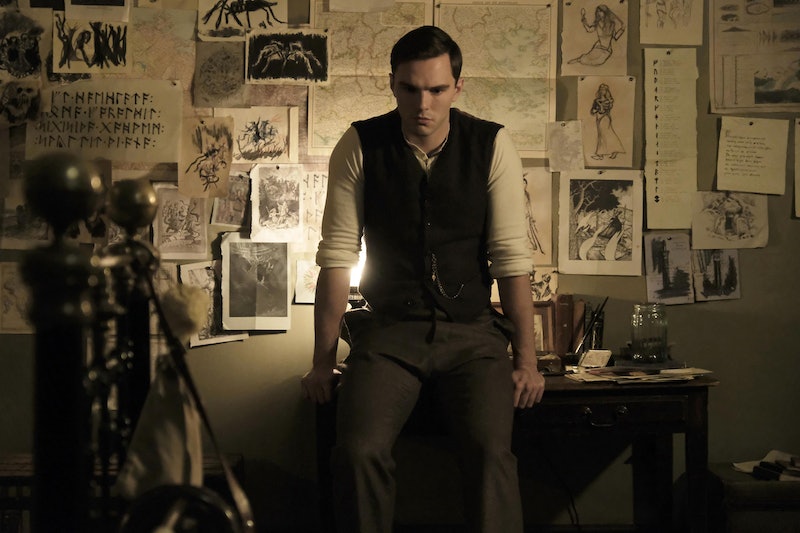 The biopic Tolkien, out May 10, depicts the famous author's life, but only a specific segment of it — his early life, from childhood through his service in World War I and the immediate aftermath. While the film's aim is to show how these formative influences shaped the man who would go on to write The Hobbit and The Lord Of The Rings trilogy (played by Nicholas Hoult), it ends when the children he has with his love Edith Bratt (Lily Collins) are still young. What happened to J.R.R. Tolkien's children? Some followed in their father's footsteps.

Much of the inspiration for Lord of the Rings came from his family. In just one example, The Grey Havens quotes a collection of Tolkien's letters, noting that Tom Bombadil was based on son Michael's wooden toy doll. Tolkien Gateway, again quoting his letters, notes the grave of his wife bears the name Lúthien, a major Silmarillion character and ancestor of Aragorn and Arwen.

Eldest son John, who passed away in 2003, became a priest, and according to The Potteries, a website about notable people in Stoke-On-Trent, he eventually became priest-in-charge at the Church of Our Lady of the Angels and St. Peter in Chains, serving several parishes before retiring in 1994. In 2001 he spoke to the Daily Telegraph about the first Lord of the Rings film, saying "I am anticipating endless bother when the film actually comes out." He went on to add, "It's quite incredible. When I think when we were growing up these were just stories that we were told. Personally, when you've grown up with something you don't want someone else putting their finger on it."

Brother Michael became a Catholic school teacher, per The J. R. R. Tolkien Encyclopedia, and in 1984 passed away from leukemia. In 1973 he wrote an article for The Sunday Telegraph called "The Wizard Father,” about his relationship with his dad.

Priscilla, who was a social worker and probation officer until her retirement, according to the Telegraph, had a less contentious relationship with Tolkien fandom than her eldest brother. Tolkien Gateway notes she's been Honorary Vice-President of the Tolkien Society since 1986, and hosted members for many years. Now 89, she's also talked publicly about her father in several interviews.

Youngest son Christopher followed in his father's footsteps, becoming an Oxford academic specializing in Anglo-Saxon — this might his father chose him as the executor of his literary estate, per Tolkien.co.uk. After his father's death in 1973, Christopher assumed the management of the immense body of work left behind by his father, overseeing the posthumous publication of some. Over 40 years after taking on the executor role, he gave his first-ever press interview to French newspaper Le Monde, explaining "I could write a book on the idiotic requests I have received," going on to explain that "Tolkien has become a monster, devoured by his own popularity and absorbed into the absurdity of our time ... There is only one solution for me: to turn my head away." Christopher chose not to meet trilogy director Peter Jackson when asked, saying, "They eviscerated the book by making it an action movie for young people aged 15 to 25." Now 94, his last work as an editor was his father's The Fall of Gondolin, published in August 2018, per The Weekly Standard.

All of his children were influenced by their literary legend of a father, and each chose to engage with that legacy differently.

More like this
Nicola Coughlan Shared A Lady Whistledown Excerpt From ‘Bridgerton’ Season 3
By Grace Wehniainen, Alyssa Lapid and Sam Ramsden
Zendaya Shares Intimate Photo With Tom Holland To Wish Him A Happy Birthday
By Bustle Editors
The First 'Percy Jackson & The Olympians' Teaser Comes With An Ominous Warning
By Grace Wehniainen
The New Bachelor Will Be Announced Next Week & Here Are The Top Contenders
By Grace Wehniainen
Get Even More From Bustle — Sign Up For The Newsletter