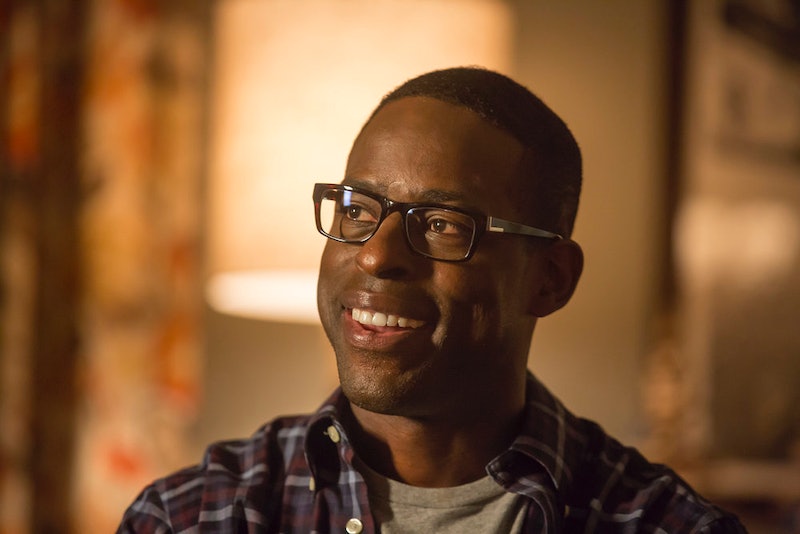 Randall Pearson has always been treated as one of the Pearsons, embraced from the very moment the family's patriarch, Jack, laid eyes on him in the hospital that fateful day. Even though he's technically adopted, and the family ran into some bumps raising a black child in a white household, he's always been just as much a Pearson as anyone else. Last season on This Is Us, audiences had the pleasure of getting to know his estranged birth father, William, who ultimately passed away after an emotional road trip to Memphis with Randall. But despite Randall's time with William, we still don't know much about Randall's birth mother on This is Us, aside from the unfortunate fact that she's no longer alive.

What we do know is that she and William shared a lot of love. William speaks about her, and confirms that she's dead, when Randall goes to confront him in the show's first episode.

When Rebecca first visited William in his apartment years before Randall ever came into contact with him, William told her how they met.

"My world spun on every axis that day," William told Rebecca. "I read poetry to her the first time we talked. Not any of mine — I was too shy for that — but one of my favorite poets. She used to love it when I read to her." The love William had for Randall's birth mother was palpable in this scene, and Rebecca ended up renaming Randall (previously Kyle) after the book's author that he'd read to her on the bus — Dudley Randall.

In the same episode, we see a montage of William riding the bus with Randall's mother. They first just share a few glances, then they begin to ride together, and then William's handwriting gets continuously worse as they both fall deeper into their drug problem. Finally, the montage ends with William on the bus by himself, holding Randall, with the mother nowhere to be found. Whether or not the drugs had something to do with her death remains to be seen, and we may never know for sure, especially since William didn't remember much of that day himself.

Although William told Randall his mother is dead, that's not to say we won't see her through some kind of flashback again. “She’s a lovely, talented actress and hopefully she can come back; I think she will,” John Requa, a co-director on the show, told Deadline of Jennifer Holmes, who plays Randall's mother.

Randall lost his biological father, but that's not to say he doesn't still have extended family out there. It's entirely possible that at some point in the show he attempts to retrace more of his biological family's history and seek out his mother's family. Randall's said before how he felt somewhat out of place at times because of his different background, no matter how loving and accepting the Pearsons were. It's important for a person to have an understanding of where they came from, and we saw a lot of happiness come from Randall's opportunity to explore William's life. Digging deeper into his mother's past at some point could bring him even more of a sense of belonging.

More like this
We Still Have A Few Unanswered Questions At The End Of 'The Suspect'
By Sophie McEvoy
How Much Are The 'Schitt’s Creek' Stars Worth?
By Hugh McIntyre
‘SNL’ Finally Spoofed Nicole Kidman’s Weirdly Beloved AMC Ad & Nailed It
By Stephanie Topacio Long
'Interview With The Vampire's Lestat Is Sam Reid’s Biggest Role Yet
By Kadin Burnett
Get Even More From Bustle — Sign Up For The Newsletter