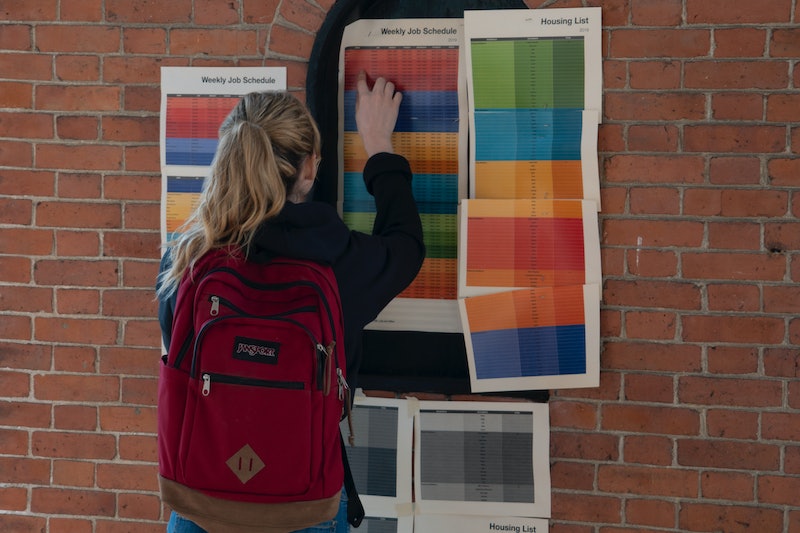 Spoilers ahead for Season 1 of Netflix's The Society. Netflix's new YA drama, The Society, puts a modern twist on Lord of the Flies. It follows a group of teenagers who leave for a school trip only to be dropped off in a mysterious, abandoned version of their town, with no idea what happened to their parents or why they're suddenly not there. As they try to figure it out, they have to establish a society of their own, and inevitably, there's some trouble along the way. By the end of the show's first season, there are still a lot of questions hanging in the balance, but we do get one huge reveal before all is said and done: the kids' town is still there, just as they left it, parents and all. They're just somewhere else entirely.

In the final scene of the Mrs. Bingham, Harry's mom, arrives at the library to read to a group of young children. Poignantly, the passage she reads is the end of Peter Pan, in which Wendy and John discuss the logistics of sneaking home after their great adventure in Neverland without arousing their mother's suspicion.

"But Wendy had a better plan," reads Mrs. Bingham. "'Let's all slip into our beds and be there when she comes in, just as if we had never been away.' And so when Mrs. Darling went back to the night nursery, all the beds were occupied. She saw them. But she did not believe they were there. You see, she saw them in their beds so often in her dreams, that she thought this was just the dream hanging around her still."

Behind Mrs. Bingham is a golden plaque with the lists of the names of all the teenagers that were taken away. It's an eerie parallel to the white painted sign listing all the citizens of New Ham that the teens put up in their own version of the town.

What's more, Mrs. Bingham and everyone else in West Ham are all wearing yellow ribbons pinned to their chests. The yellow ribbon is an international sign for missing people, per the American Folklife Center. While the exact origins of the tradition are difficult to pinpoint, most sources agree that it is related to the 1973 song from Tony Orlando, "Tie a Yellow Ribbon Round the Ole Oak Tree," which is about a convict returning home from prison.

Since then, the symbol has been applied to prisoners, soldiers, hostages, and missing people in general, the BBC reports, so it seems like a fitting symbol for the children of New Ham, too.

By all appearances, the parents of West Ham are making an effort to raise awareness for their missing teenagers. The presence of the plaque and the ribbons definitely make it seem like they have no idea where their children went, and may even have presumed them dead. However, the audience already knows that people like Harry's mom and Sam's dad know a heck of a lot more than they're letting on. What is really going on between the parents on The Society and this Pfeiffer guy? There are still plenty of mysteries left to solve in a potential Season 2.

More like this
The ‘Emily In Paris’ Season 3 Release Date Is Here, Plus The First Footage
By Bustle Staff
The ‘You’ Season 4 First Look Shows Joe’s New Identity And Potential Victims
By Bustle Editors
New ‘Lupin’ Part 3 Teaser Hints That Assane Will “Go Out In Style”
By Brad Witter
Devi Is Going To Meet A “Smoldering Bad Boy” In ‘Never Have I Ever’ Season 4
By Jack Irvin and Gabrielle Bondi
Get Even More From Bustle — Sign Up For The Newsletter