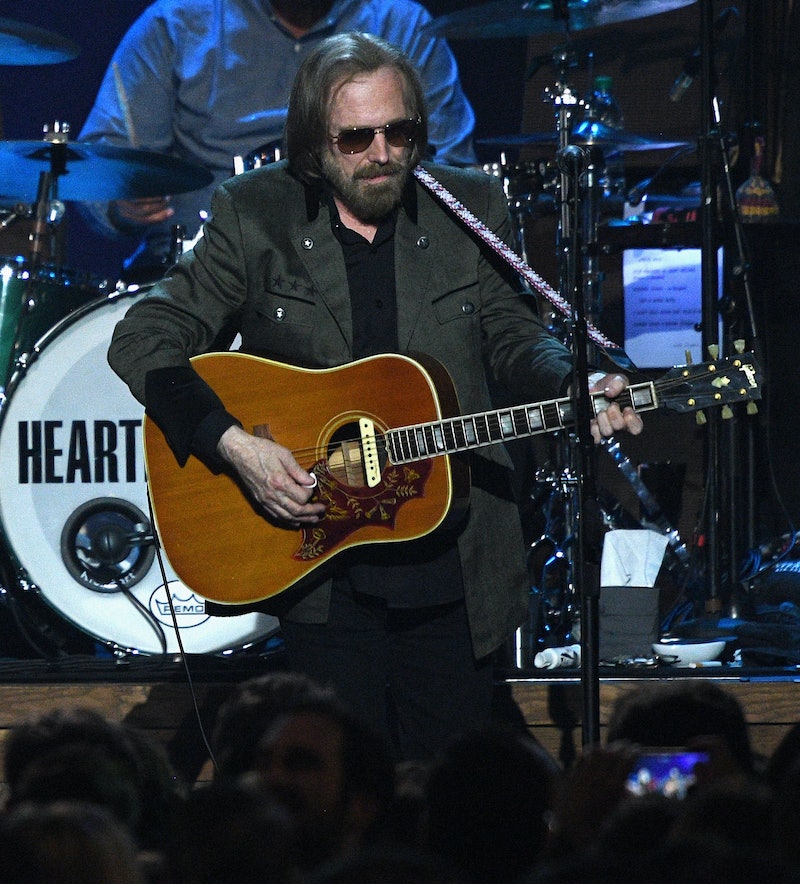 Earlier: On Oct. 2, TMZ reported that Tom Petty was found unconscious and in cardiac arrest. The rock legend was reportedly “rushed to the hospital” from his Malibu home on Sunday night after he was “found unconscious, not breathing and in full cardiac arrest.” At 12:59 p.m. PT, CBS News reported that the LAPD said Petty passed away at the age of 66. (The tweet citing the LAPD has since been deleted.) However, there are conflicting reports regarding what happened to Petty, including tweets from the LAPD refuting the confirmation. Bustle reached out to Petty's reps and the LAPD for comment, but did not receive a response by the time of publication.

Per TMZ’s sources, the revered musician was taken to UCLA Santa Monica Hospital on Sunday and put on life support. According to TMZ, his condition “was critical from the moment he was found.” Shortly after this story initially broke, the site added, “We're told after Petty got to the hospital he had no brain activity and a decision was made to pull life support.”

After TMZ's first report broke, The Hollywood Reporter’s Ryan Parker tweeted, “Authorities told me they responded to the Malibu home around 10:52 a.m. The patient is in critical.” However, the authorities “could not confirm it was Petty.” Parker added, “Emergency responders were able to get a pulse back, but the man is in critical condition.” And after CBS News reported that Petty had died, Parker tweeted that the LAPD has not actually commented on the matter.

Clayton Sandell of ABC News also said the death has not been confirmed:

"For those seeing or tweeting about Tom Petty's death, there's been no official confirmation, yet. LA County Sheriff tells @abc Petty was transported but cannot confirm his condition. Fire Dept. confirms a patient was transported for cardiac arrest but won’t confirm name."

According to the aforementioned TMZ report, "The singer is not expected to live throughout the day, but he's still clinging to life. A report that the LAPD confirmed the singer's death is inaccurate — the L.A. County Sheriff's Dept. handled the emergency."

Petty rose to fame in the ‘70s as the lead singer and guitarist of the rock band Tom Petty and the Heartbreakers. Petty’s legacy is unquestionable, and his body of work is as vast as it is brilliant: “Breakdown,” “American Girl,” “Don’t Come Around Here No More,” “Runnin’ Down a Dream,” “Free Fallin’” — the list of hits goes on and on. Just last week, Petty and his band wrapped their 40th anniversary tour at the Hollywood Bowl in Los Angeles.

Last December, Petty told Rolling Stone that the tour "may be the last" big tour, adding,

"It's very likely we'll keep playing, but will we take on 50 shows in one tour? I don't think so. I'd be lying if I didn't say I was thinking this might be the last big one. We're all on the backside of our sixties. I have a granddaughter now I'd like to see as much as I can. I don't want to spend my life on the road. This tour will take me away for four months. With a little kid, that's a lot of time."

No matter what, he's forever and always one of the best.