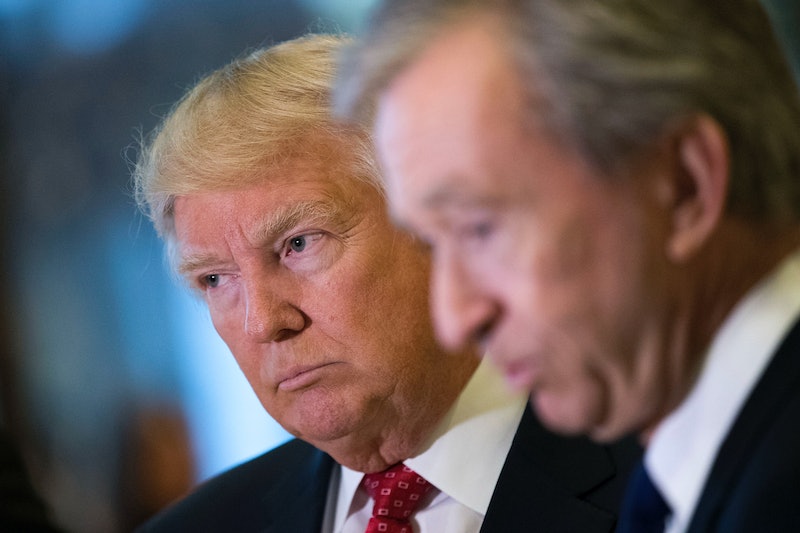 Explosive new allegations surfaced against Donald Trump on Tuesday when Buzzfeed News published the contents of an unconfirmed memo allegedly compiled by a former British intelligence agent about the president-elect. The unconfirmed report alleges that the president-elect's campaign organization was communicating with Russian officials during the election cycle. So, what happens if the Donald Trump-Russia allegations are true? The nation needs a lot more details, but it could be the end of his political career, and even the start of a prison sentence. Update: On Wednesday morning, Russia denounced the unverified report involving supposedly compromising allegations against Donald Trump as an "absolute fabrication."

The most potentially damaging aspect of the report, despite the current focus on the claims it makes about Trump's sexual proclivities, is the allegation that Trump's campaign was actively communicating with the Russian government. According to CNN, the report alleges that there was "a continuing exchange of information between Trump surrogates and intermediaries for the Russian government" — meaning, as some have suspected, that Trump's campaign was allegedly colluding with the Russian government while it was working to destabilize the United States' democratic election. Trump responded to the allegations on Twitter, calling it "fake news" and a "political witch hunt."

Understandably, the first word that may come to mind in response to these allegations is treason. By the colloquial understanding of the word, Trump's alleged actions seem to fit perfectly — he is accused of betraying his country to help, as former Senate Minority Leader Harry Reid referred to Russia, "a foreign interest openly hostile to the United States."

The U.S. Code defines treason in a somewhat unhelpful way for modern standards, meaning it's more useful to look to contemporary case law for an idea of what these charges may look like. One particular case is that of Adam Yahiye Gadahn, the first U.S. citizen charged with treason since World War II, was radicalized in the post-9/11 anti-Islamic social climate and joined al Qaeda. Gadahn participated in several videos promising to kill Americans, prompting treason charges by the federal government.

"Gadahn gave himself to our enemies in al Qaeda for the purpose of being a central part of their propaganda machine," then-Deputy Attorney General Paul McNulty said in a news conference in 2006. "By making this choice, we believe Gadahn committed treason — perhaps the most serious offense for which any person can be tried under our Constitution."

Though the situations are by no means parallel, a couple of common threads (colluding with enemies, advancing their propaganda) make it seem fair to speculate that this could lead to trial on treason charges, if these unconfirmed allegations do prove to be true. So far, the claims have been turned over to Trump and to President Obama, investigated by CNN, and are currently being looked into by the FBI, but have not been confirmed.

The details of these unconfirmed allegations are unclear as of the moment, though more information should be forthcoming due to the massive implications of this announcement. Only when all the surrounding information is released will the path forward for any potential charges be clear. In the meantime, BuzzFeed News has published the memo in full.