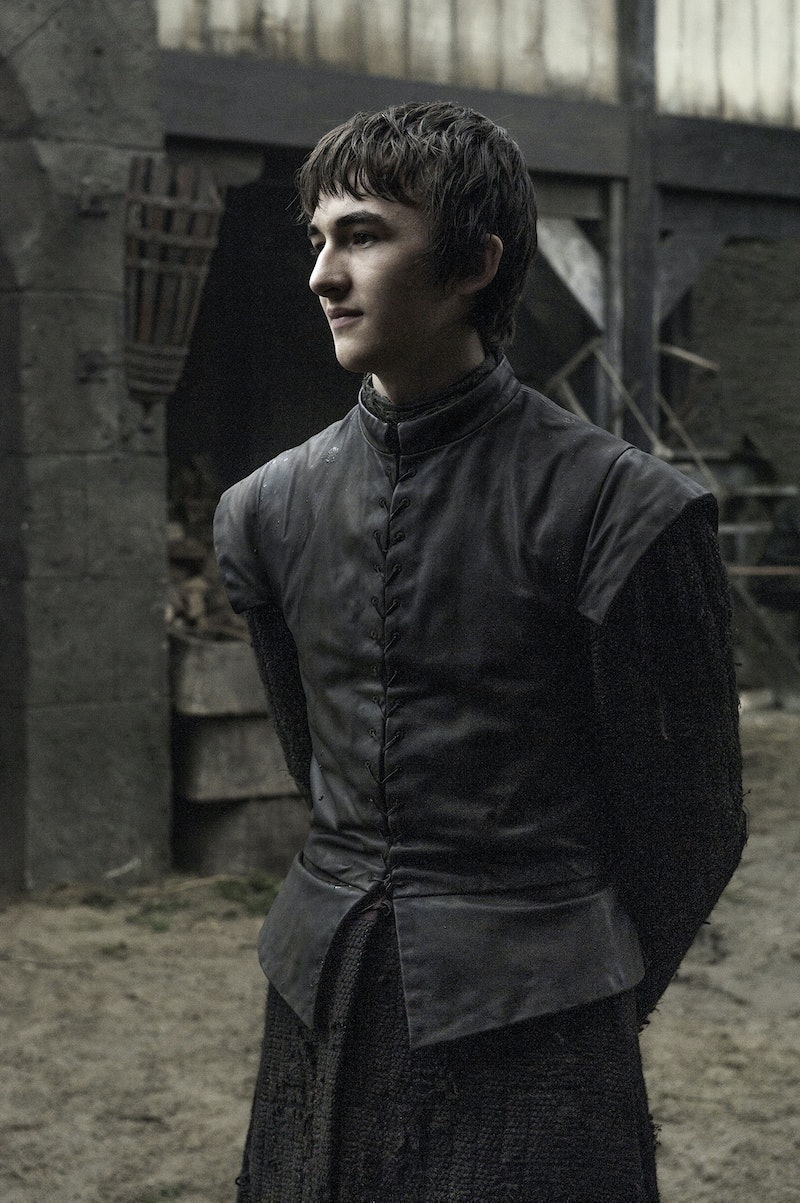 In the Game of Thrones TV series, Bran is kind of a big deal because he's the Three-Eyed-Raven and was, up until recently, marked for death by the Night King. In the books, though, George R. R. Martin hasn't gotten very far with his story yet. What happens to Bran in the Game of Thrones books is replicated in the series, but the show has moved far beyond the novel at this point.

Like on the show, Bran in the books is pushed out of a window by Jaime, becomes Lord of Winterfell when Robb is named King in the North, is fake killed by Theon, travels north to escape Ramsay and Theon with Hodor, Jojen, and Meera, and can warg into his direwolf. His book journey is closely replicated on the show, including his visions and budding greenseeing ability.

In A Game of Thrones, Bran dreams that his dad is in the crypts before word of Ned's death has even been sent. Later, in A Clash of Kings, Bran escapes the ruins of Winterfell (thanks for that one, Ramsay) and travels north to find the ultimate greenseer, the Three-Eyed-Crow. (In the show he's named the Three-Eyed-Raven.) In A Storm of Swords, Bran runs into Samwell Tarly beyond the wall, but makes him promise not to tell Jon Snow that Bran is alive. (Everyone except for Theon and Ramsay think that Bran and Rickon were flayed to death, but Theon and Ramsay actually killed two miller's boys.)

Readers last see Bran in A Dance With Dragons, the most recently published novel. In it, he reaches the Three-Eyed-Crow's cave and begins his greenseeing training. As of the end of that book, he is not yet the Three-Eyed-Crow like he becomes in the show. Hodor is also still alive in the novel as is Bran's direwolf Summer. Martin did confirm that Bran will be in his upcoming book The Winds of Winter, but didn't elaborate on what his story will be.

It's likely to be rather different from the series, though. There is no Night King in the books. There's a Night's King, but he exists only in folklore. Even if Bran does become the Three-Eyed-Crow in the books, he may not have a run in with the Night King like in the series. The show surpassed Bran's book story midway through Season 6, which means everything that's happened in the last two and a half seasons is not based on book material. (It may have been informed by what Martin told the showrunners, but it's not been written as fact in the novels yet.)

That leaves Bran's ending show options pretty open, because, in the book, he's still just training with the Three-Eyed-Crow — not potentially in the running for the throne like fans think Bran might be in the show. His HBO fate could end up being very different from his novel fate, but fans will have to wait a long time for Martin to finish the series before readers and watchers can compare the two paths.