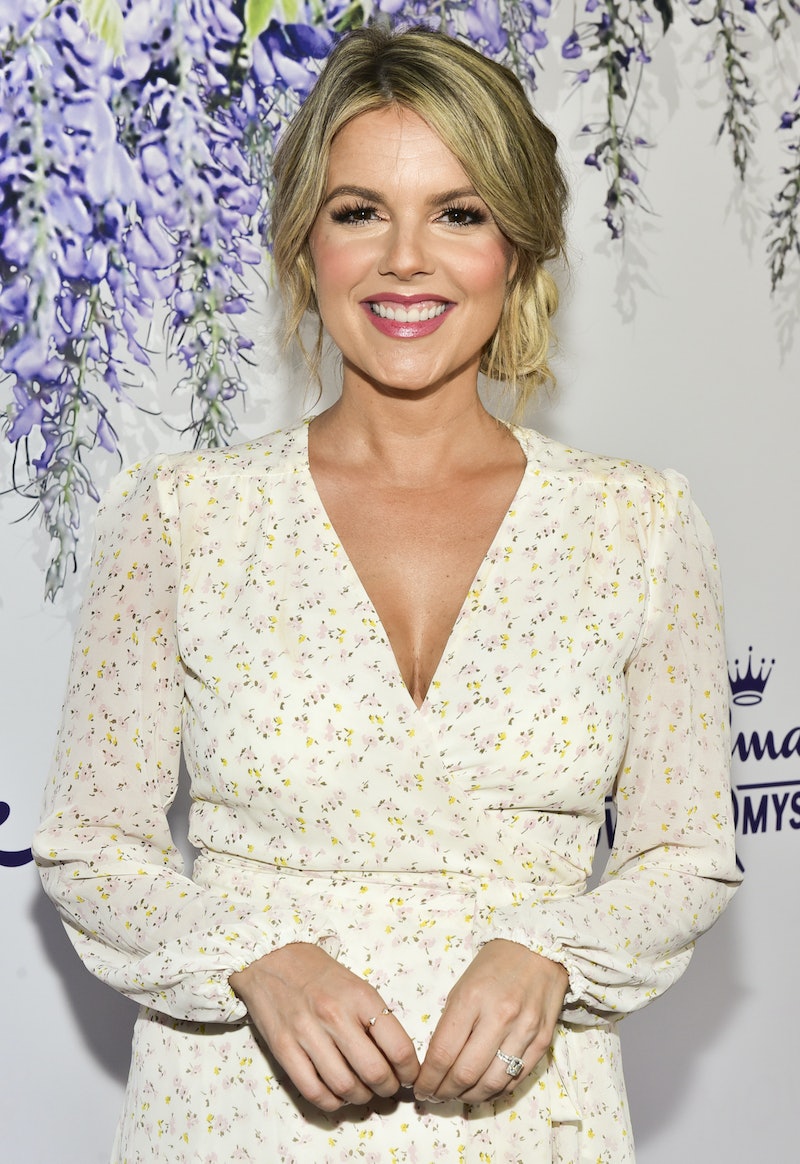 When the 15-year Bachelorette reunion airs May 6, it's going to show exactly how much has changed for the franchise's alums. For Season 6 Bachelorette Ali Fedotowsky, life has totally flipped. She didn't end up with the guy she got engaged to on her season, but she remains a huge fan of the franchise and a believer in its power to transform lives for the better.

After leaving her job at Facebook in order to find love in 2010, Ali accepted a proposal from Roberto Martinez. She said she wanted to "risk it all for love," per People, but unfortunately, Martinez ultimately wasn't the one for her. They split up a year and a half after the Season 6 finale aired.

But while Ali's time on The Bachelorette didn't lead her to meet her soulmate, it did help land her an opportunity that did. In 2012, she became the host of NBC's lifestyle show 1st Look, and according to E! News, one of the series' producers introduced her to the man who's now her husband: Kevin Manno. They got married in March 2017 and are now parents to an almost-three-year-old daughter, Molly, and a son Riley, who's almost one.

In December 2017, Ali told People that she had recently spoken with Martinez. "He sent me a text recently to check in," she said. "I was with Kevin and we both responded and said, 'We're great!' That all really feels like another lifetime ago."

But though it feels like a part of the distant past, Ali believes The Bachelorette has everything to do with her present and future. She now runs a blog, AliLuvs, and makes regular appearances on Hallmark's Home & Family. "I'm so glad I did [The Bachelorette]," she told Parade in February. "Because I believe it's why my life is what it is today, and I have a good life."

She said she loves that she works for herself and gets to do something she's passionate about. "I just really love that that is my job," she said. "I could go to a nine-to-five, or I could even go work on a TV show every day—I do work on Home & Family a couple of days a week—but the reason I choose not to be there full time is because I love my blog. I love connecting with other moms. I love sharing information. I love getting information from other moms. It's a dream come true too. Since I don't have to go into an office five days a week, only one to two days a week, I get to be home with my kids more, and that's just a blessing."

She also said she and her husband are rock solid and love raising their kids — although she admitted to People recently that they had to sleep separately for a few months over the last year in order to take baby watch shifts and let one another get rest. She recommends that other new parents do the same.

And yes, Ali is still a Bachelor franchise super-fan. "I've blogged almost every day since I was on it," she told Parade. "I know that I owe my life to the show, so I'm grateful. I want to support the show, but also, it is just a good show. It's fun to watch. I definitely have a more unique perspective than most people, having been on the show, so I try to give my insider scoop based on what I know that goes on behind the scenes."

Stay tuned to see if she dishes about being backstage at the reunion. With that many Bachelorettes in one room, there will surely be tons to share.