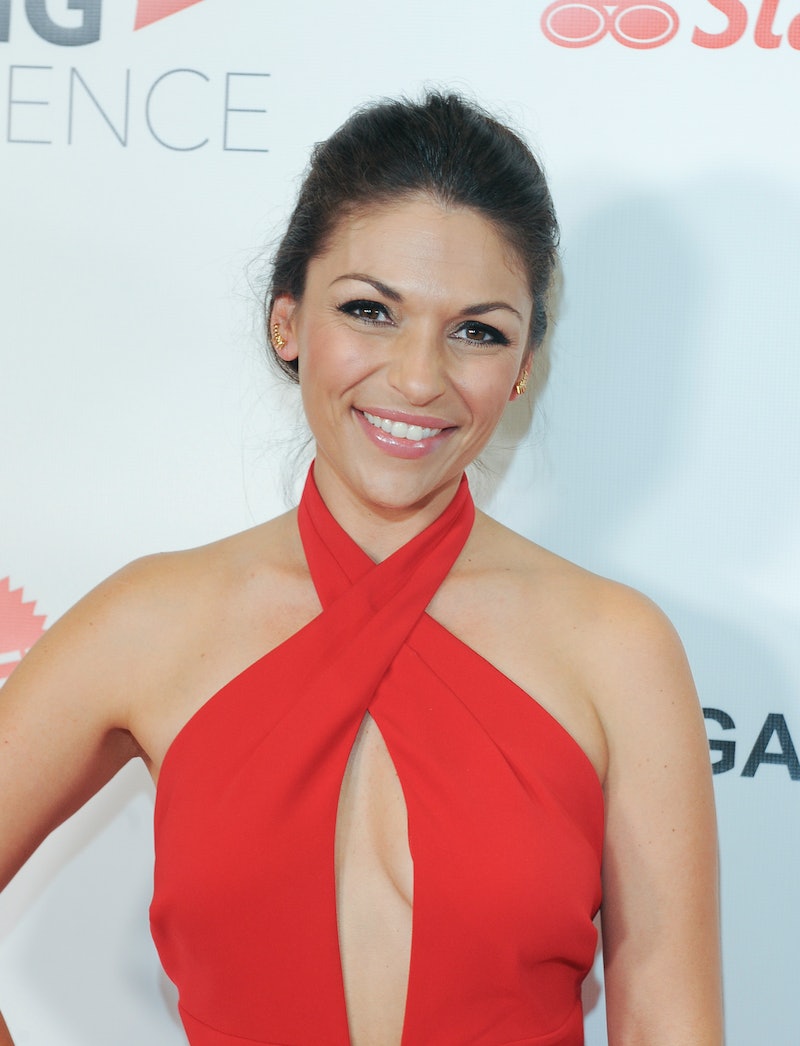 Over a decade after leading the Bachelorette, Deanna Pappas' life now is, to borrow the franchise's favorite word, dramatically different. In 2019, she's focused on being a mother of two little ones, a wife to her husband Stephen (her married name is Stagliano), and a versatile content creator. She's long past handing out roses to hopeful suitors.

Deanna was first introduced to the Bachelor franchise on Season 11 of The Bachelor. There, she made it to the final rose ceremony where Bachelor Brad Womack rejected her and her only remaining competitor, Jenni Croft. All three of them walked away single. Afterward, Deanna was named the Season 4 Bachelorette, though as you probably know, that season didn't work out for her either. She accepted a proposal during her final rose ceremony from professional snowboarder Jesse Csincsak, but they ended their relationship a few months later.

However, being on the show did eventually help Deanna meet her husband. According to Us Weekly, she was introduced to Stephen Stagliano at a party following Men Tell All during Season 5 of The Bachelorette. They got engaged in 2010 and were married in October 2011. Last year, she spoke to E! News about celebrating their seventh anniversary and reflected on the experiences that led her to it.

"People always ask me if I went on [the show] for the right reasons and as dumb as it sounds and as cliché as it sounds, I really did," she told E!. "I was sold on the love story and the happy ending."

After a few tries, she ultimately ended up with one. And although there were tough times, she's grateful for how things turned out. "I'm proud I never settled. I think I really could have," Deanna said. "I look back at some of the relationships I had. Of course I had regret. Maybe I was an assh*le or someone else was an assh*le, but those relationships never worked out for a reason and my reason I believe is because the lord had plans for me."

According to People, Deanna and her husband welcomed their daughter Addison in 2014 and their son Austin in 2016. She told E! that Stephen is a great father. "My children love him a lot, more than they love me probably," she said. "He wants to be in their lives and he wants to play dress up with Addison or will build things with Austin. He's hands on and he is the coolest dad in the world. I have nothing but respect for him."

Since having kids, Deanna has used social media to connect with other moms, which is how her video series with Christine Lakin called "Moms in Cars" got started. "We created [it] out of the real-life joke that our cars were the only place we could get a sanctuary from our kids to have 'me time,'" they told VoyageLA. "We've taken this idea to the extreme, doing everything from face masks to folding laundry and attempting to have a date night in our driveway." And they film it all for the internet.

The video series may have begun as a way to regroup and entertain themselves, but it has now turned into a full-fledged business with guest moms and brand sponsors. They told VoyageLA that they recently welcomed Jennifer Love Hewitt aboard as a producer.

DeAnna's story has really come full circle. She's back in front of the camera, except this time, she's running the show. She won't be running The Bachelorette 15 year reunion that airs on May 6, though. Hopefully that won't cause any trouble.