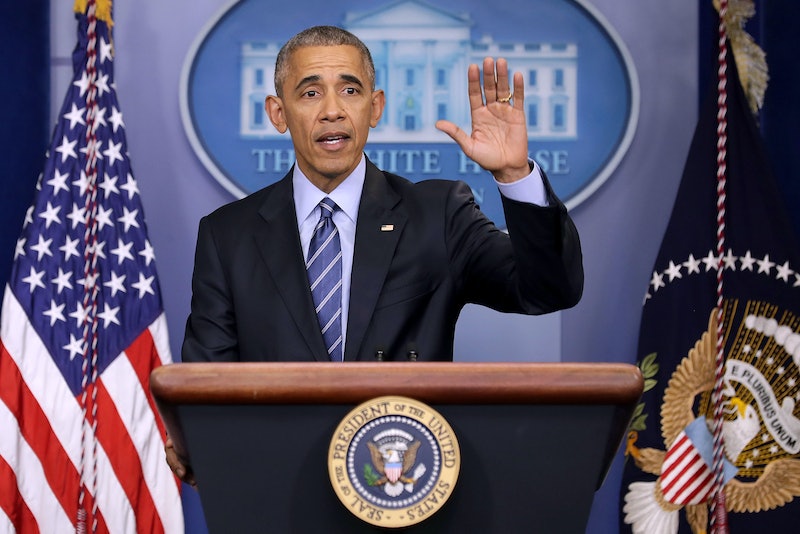 While running his ultimately successful presidential campaign, President-elect Donald Trump vowed to the nation that should he be elected, he would repeal the Affordable Care Act. Ever since that point, the debate over whether this will actually happen or not has commenced. So, with Trump's inauguration approaching in under a month, the question of what's going on with Obamacare still hangs in the air.

Although Trump has not officially taken the White House, the new Congress has already started its work to dismantle the nation's health care. Right after Congress convened on Jan. 3, Republicans declared their intention to repeal and replace the ACA. The New York Times has detailed their four-step plan in which they will protect against a filibuster, create legislation meant to repeal the Act, use executive action from Trump on health care, and find a replacement for the system that's repealed.

Senate Budget Committee Chair Michael Enzi introduced the budget resolution, which is expected to pass before the inauguration. It includes reconciliation language that would prevent Democrats in the Senate from filibustering the ACA's repeal, passing it with a simple majority. This sounds like an incredibly easy process, especially considering how much Obama fought to pass the ACA to begin with. It's still unclear, however, whether the ACA will be repealed in its totality.

According to CNN, creating the actual reconciliation bill could take some time, weeks even. The official vote may not even end up happening until February. So, now is probably the time to take advantage of your health care while you can. If you're thinking of getting an IUD, it might be a good idea to do so now rather than later, when coverage for the contraception isn't necessarily guaranteed.

For those who stand by Obamacare, it's very disheartening to think that all of the work that had gone into reforming health care in the last eight years might very possibly go down the drain. Although it's possible that the Republicans could come up with a working system, it's nearly impossible that it will happen quickly enough to save people's coverage from dropping for at least some period of time.

The next four years of Trump's presidency, as well as the current Republican-controlled Congress, is sure to bring some changes to the way America operates. Likely, the repeal of Obamacare is just the first step in that. But looking forward, don't let your voice get lost in the battles to come.