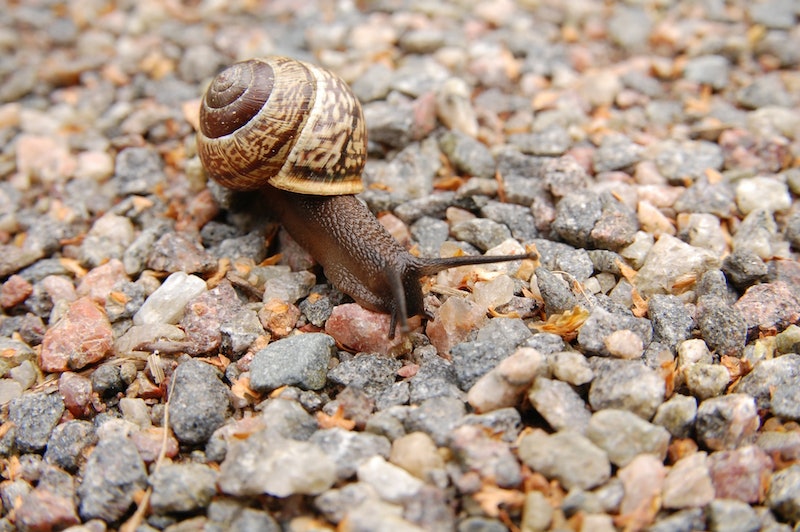 When it comes to anxiety-inducing news, it often feels like when it rains, it pours. Unfortunately, dudes, today is no different: a brain-infecting parasite called rat lungworm has begun spreading throughout the United States. But, what is rat lungworm, and how do you avoid it? Here's how (hint: it has to do with global warming, as seemingly everything does).

"Rat lungworm" or Angiostrongylus cantonensis, is a parasitic nematode typically found in tropical locations. It's been active in Hawaii for more than 50 years, but only made the jump to the continental United States in the mid-1980s, among rats in New Orleans. In a report released last week, researchers at the University of Florida have now found evidence of it spreading throughout Florida.

Per its name, rat lungworm is carried by snails and slugs, and the rats that eat the snails and slugs (I'm just as upset about writing that sentence as you are about reading it). No human cases of rat lungworm have been reported in Florida, but rats and snails from five counties — Alachua, Leon, St. Johns, Orange and Hillsborough — have tested positive for the parasite, which, if consumed by people, can cause meningitis. No, the average person is probably not consuming rats or snails or slugs, but the parasite can also spread to produce. Yet another reason to be washing that lettuce very carefully!

If you have been infected, warning signs in adults include headaches, neck stiffness, nausea, vomiting and abnormal sensations in their arms and legs. For kids, the signs are similar: nausea, vomiting and fever. Often, these symptoms clear up on their own, according to the CDC, but in some cases, a person can develop meningitis, which can cause neurological damage, and even death.

The real issue, scientists warn, is that rat lungworm shouldn't be in the continental United States, like, at all. The exclusively tropical parasite's spread throughout Louisiana and Florida (and because of limited data, researchers suspect its spread throughout the Southeastern part of the country is even broader than currently confirmed) is evidence both of global warming and rat lungworm's ability to withstand the cold way better than initially suspected. Sure, Florida and Louisiana are really hot, but they shouldn't be able to successfully house organisms whose home is originally a island in the Pacific Ocean.

The best ways to protect yourself? Wash your produce, wash your hands, don't eat snails or slugs or rats. None of which should be a sacrifice, but you never know.