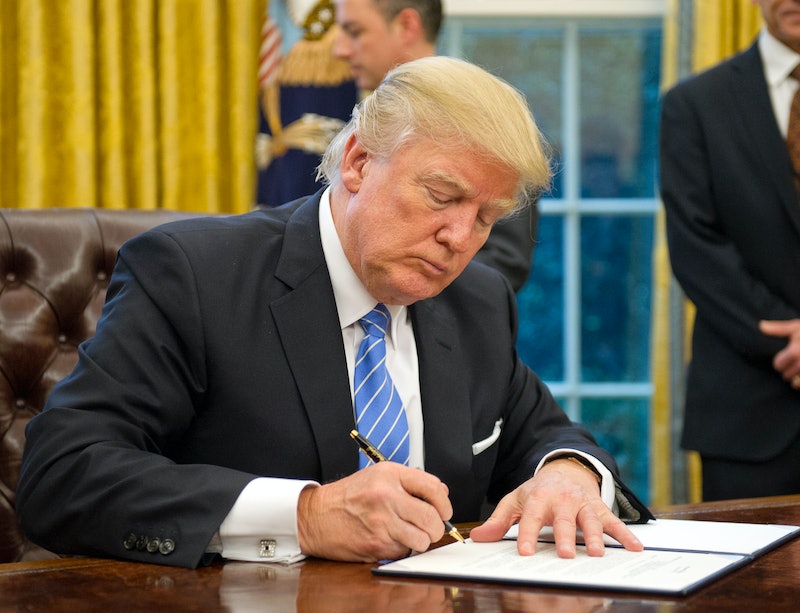 On Monday, one day after the 44th anniversary of Roe v. Wade, President Trump reinstated the “Global Gag Rule.” What is the Global Gag Rule, you ask? Also known as the “Mexico City Policy,” it prevents funding from the United States from going to foreign health organizations that provide, or even talk about, abortion. It’s been a controversial measure from its creation in the 1980s, and pro-choice organizations argue that the reinstatement of the policy will negatively impact women’s access to contraception and healthcare all over the world.

It has been illegal for U.S. foreign aid to be used to fund abortion since the passage of the Helms Amendment in 1973. In 1984, however, policymakers decided to go a step further by creating the Mexico City Policy (named for the site of the U.N. International Conference on Population that year). The Mexico City Policy, often referred to as the “Global Gag Rule,” states that the U.S. government will not give foreign assistance to nongovernmental organizations (NGOs) which “perform or actively promote abortion as a method of family planning in other nations.” Since 1984, the policy has gone back and forth, depending on the political leanings of the president. Originally put in place by Ronald Reagan, the rule was rescinded by Bill Clinton in 1993, put back in place by George W.Bush in 2001, and rescinded again by Barack Obama in 2009.

To be clear, it is already illegal for U.S. aid to directly fund abortions overseas. What the global gag rule does is also make it illegal for NGOs to take U.S. aid if they perform abortions (even when they do so with separate, non-U.S. funding), or if they “promote” abortions. That means that they cannot provide abortion information, counseling, or referrals without giving up their U.S. funding, regardless of the abortion policies of the countries in which they are based. Thus, the policy effectively forces NGOs to choose between receiving U.S. foreign aid and being able to talk to their patients about abortion. (The rule does have an exception for cases of rape, incest, and danger to a mother’s life.)

Reproductive rights advocates argue that, if the intention of the global gag rule is to stop abortion, its implementation will have the opposite effect. By cutting funding to much-needed reproductive health organizations, the policy will ultimately decrease access to contraception, leading to more unplanned pregnancies and more abortions— and, in particular, to more unsafe abortions. According to a 2015 report by the Guttmacher Institute, when the global gag rule as been in affect under previous presidents,

[H]ealth providers have been forced to fire staff, reduce their services or even close their clinics altogether. Thousands of women lost access to family planning and reproductive health services from trusted local providers—sometimes the only provider of these services in their community—putting them at risk of unintended pregnancy and unsafe abortion.

Given the pattern of rescinding and reinstating the global gag rule during previous presidencies, it’s not terribly surprising that Trump has followed suit and put the policy back in place. Only three days into his term, however, it is a striking opening volley against reproductive rights from a president who has vowed to appoint Supreme Court justices to overturn Roe v. Wade.