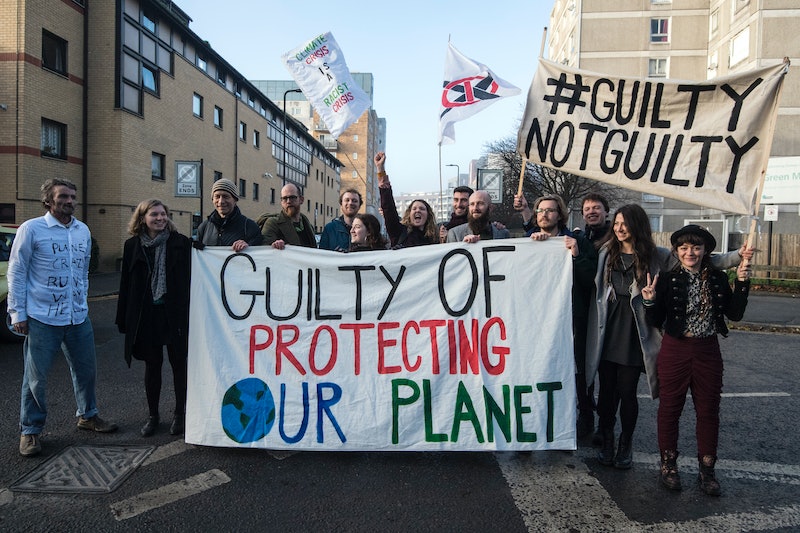 As President Donald Trump begins to push forward his agenda for the new direction for our country, many people have expressed concerns with his policies that conflict with the scientific community. Take, for example, his executive order for the Environmental Protection Agency, among others, to place limits on public communication. Distressed about the repercussions to Trump's actions, scientists have come together in the efforts to plan a march on Washington for the scientific community.

The initial idea seems to have originated in a Reddit thread that discussed the new administration's changes to the White House website, specifically the decision to scrub all references to climate change. One user suggested a Scientists' March on Washington, many agreed, and now preparations are underway. According to the group's website, there isn't an official date set for the march just yet, but they expect to decide on one soon. The organizers claim on the site that the march is non-partisan, and really is more of a protest against the government ignoring science than it is about Trump.

Given the success of the Women's March on Washington less than a week ago, it's not surprising that other groups are taking on the idea to march in support of an important cause.

Quartz reported that this isn't the only initiative the scientific community has established to ensure their voices are heard in government. An event called STEM the Divide is an initiative to get STEM (science, technology, engineering, and math) professionals to run for public office. It takes place on Pi Day (March 14) this year, so that day is ruled out for the Scientists' March on Washington.

Considering that the March for Science Twitter account already has nearly 200,000 followers, there's certainly an audience within the science community who is looking to stand up to the current administration. According to the Washington Post, the organizers anticipate not only marches in Washington, D.C. but in sister cities as well, like the Women's March.

It seems that the Women's March was just the beginning of the public standing against the Trump administration. Demonstrations about immigration and against the Dakota Access Pipeline have already occurred in New York following some of Trump's executive orders. It will be interesting to see which other groups take a stand against the oncoming restrictions.