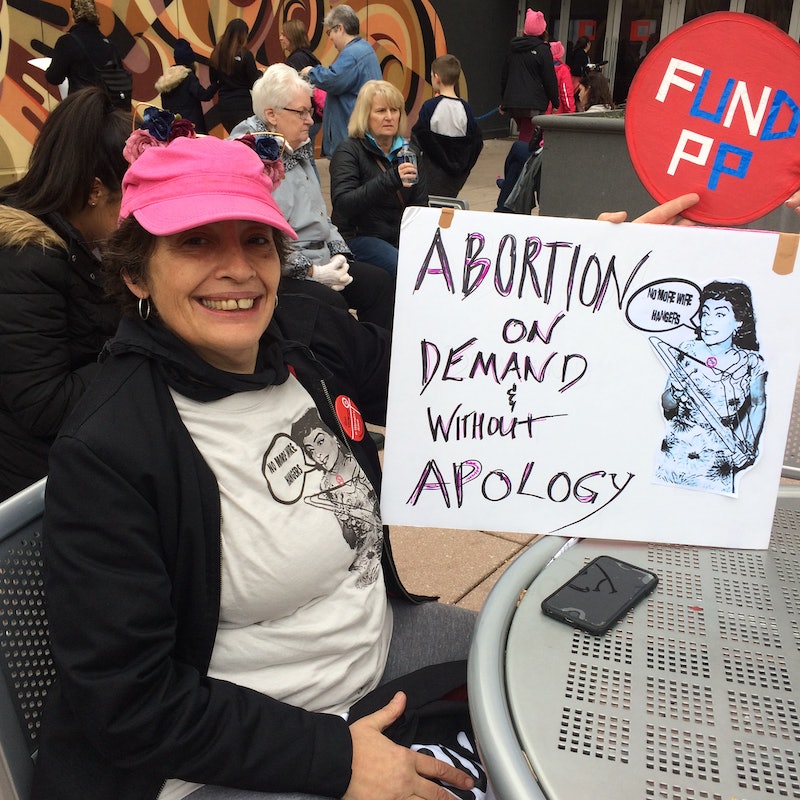 As is the case with the presidency changes from one party to another, Donald Trump is taking swift action to undo many of his predecessor's actions. But along with pulling out of the Trans-Pacific Partnership and placing a federal hiring freeze, Trump reinstated the Mexico City Policy, an anti-abortion law that limits the actions of international NGOs.

The Mexico City Policy was enacted by Ronald Reagan in 1984. Also known as the Global Gag Rule, it rescinds federal funding for international non-profits whose work intersects with abortion in pretty much any type of way. Funding is denied for a range of activities beyond providing abortions, including simply providing information about abortion services. Moreover, it even extends to countries in which abortion is legal.

The Helms Amendment already exists to prevent U.S. foreign aid money from being spent on abortions. However, the Mexico City Policy was written to include that NGOs are not allowed to "actively promote abortion as a method of family planning." This has been taken to mean any service that deals in any way with abortions, from giving referrals to a clinic or doctor, providing abortion counseling, or even distributing literature on the subject.

The policy also prevents these NGOs from using their privately donated funds to provide abortion services or information, if they wish to also receive family-planning money from the U.S. government. So, the choice they are given is give up federal money, but not be able to provide the potentially life-saving services needed by the populations they exist to aid, or have the freedom to operate how they choose, but significantly decrease their budgets.

The Mexico City Policy has gone through a revolving White House door with each party change. In 1993, Bill Clinton overturned the policy, only for it to be reinstated by George W. Bush in 2001, and then be overturned yet again by Barack Obama in 2009. The action is almost always taken on or close to the anniversary of the Roe v. Wade decision, in which the Supreme Court ruled to protect abortion rights for all U.S. women. And on Monday, Trump followed the pattern, and enacted the Mexico City Policy for the third time.

An estimated 3.2 million people marched against Trump on Saturday under the banner of the Women's March across the country. But now his reach will have a real, lasting impact on women in other nations who rely on non-profit organizations to receive healthcare and family planning tools.

It's telling that one of Trump's first executive actions combines two of his favorite things: silencing anyone who disagrees with him and repressing women. ... With this action, Donald Trump has turned his anti-women rhetoric into policy, and made it more difficult for women and families all over the world to access vital reproductive care. He really is living up to the lowest of expectations.

In the past, many groups have chosen to forego the federal funds in exchange for the freedom to provide the services they deem necessary to vulnerable women worldwide. It stands to be seen how the international non-profit community will react to this action by Trump.