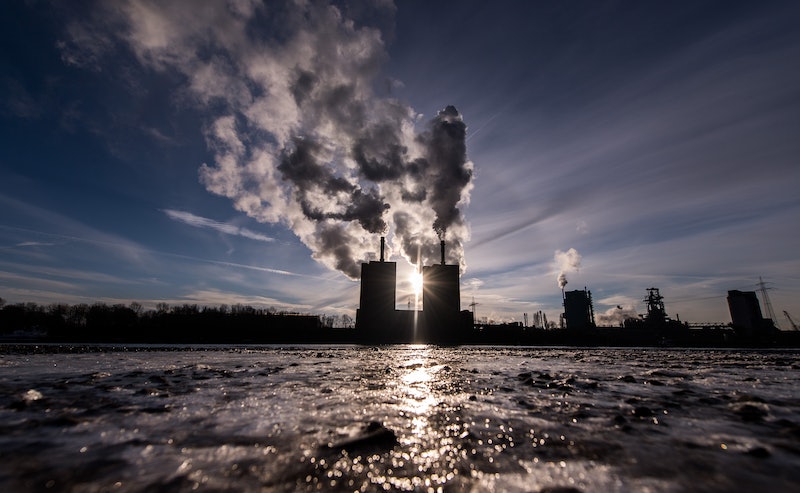 The Women's March on Washington illustrated beyond any doubt that opposition to President Trump is deep and wide, both nationally and across the world. It was a crucial unifying moment for the anti-Trump movement, but even as it drew millions of people across the country, many wondered if the momentum could be sustained. On Thursday, a group of activists answered that call, and announced plans for another anti-Trump rally in April. It's called the People's Climate March, and there are some key things you need to know about it.

As you might expect from the name, this will primarily be a protest against Trump's environmental policies (or lack thereof, as it were). Organizers want the administration to tackle global warming by reducing greenhouse gases and pollution, transitioning to renewable energy, and investing in other green policies. You can read the entire platform here.

The march is being organized by a coalition of activism groups, not all of which are environmentalist in nature: Sponsors include the NAACP, the Sierra Club, the SEIU, the Hip Hop Caucus, Climate Justice Alliance, and the League of Conservation voters.

As such, it's probably not a surprise that the official platform isn't focused solely on the environment. It also calls for a $15 minimum wage, and demands that investments in green technology are designed to "improve the lives of communities of color, indigenous peoples, low-income people, small farmers, women, and workers." In this sense, the organizers seem to be going for the same type of intersectional approach that the Women's March aimed for in its founding documents.

The protest will be held in Washington, D.C. on April 29 — the 99th day of Trump's presidency. That's intentional: The first 100 days of a president's first term is often used as an early indicator of their success and accomplishments, and although it's a completely arbitrary marker, it does have a symbolic importance that almost always results in loads of media attention. Holding a protest the day before guarantees that any press coverage of Trump's first 100 days will be forced to mention that Americans are marching the streets in droves in opposition of his presidency.

This won't be the first protest of its kind. A People's Climate March was held in New York City in 2014, shortly before a United Nations summit on climate change. That protest drew 400,000 people — and that took place under an administration that was already in favor of fighting climate change. Trump, by comparison, has said that climate change is a hoax perpetuated by China, and his administration is actively hostile to climate protection efforts. Needless to say, this year's march will likely be far bigger than the last one.

Lastly, while the official march will take place in Washington, D.C., it's likely that local sister marches will be announced as well, so keep an eye on those if you don't live in the nation's capital but would still like to participate.

If the anti-Trump movement is to succeed, visible displays of opposition to his policies are absolutely crucial. The Women's March was the first major demonstration to take place under his presidency, and the People's Climate March may well be the second. And it probably won't be the last.