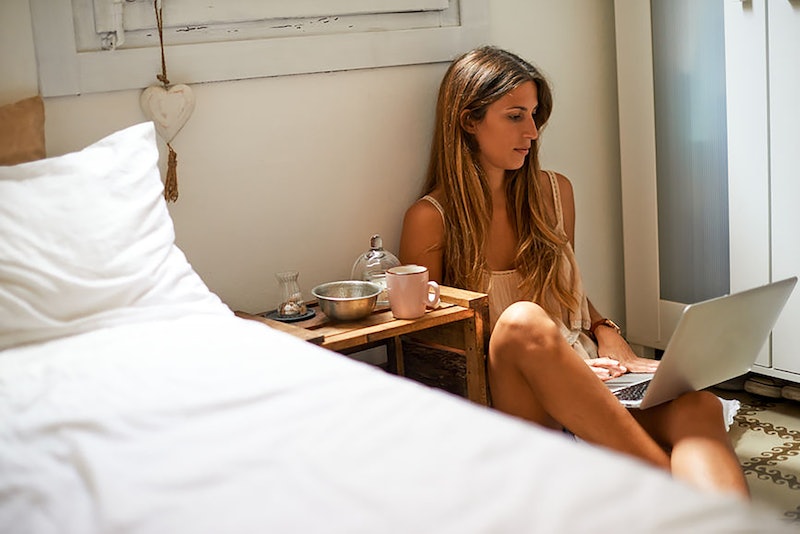 “The user verifies their email address and then chooses an age verification option from our list of 3rd party providers, using options such as Mobile SMS, Credit Card, Passport, or Driving Licence.”

As BBC reports, it has also been announced that newsagents and some high street shops will sell age-verification cards to adults after carrying out an ID check. After buying a card you can type in the code imprinted on it to gain access to pornographic websites.

“A lot of people, including many sex bloggers like me, have ethical issues about working with that company.”

More like this
Everything To Know About 'The Last Of Us' TV Adaptation
By Sophie McEvoy and Radhika Menon
30 Clever Ways To Slide Into Your Crush's DMs
By Griffin Wynne, Carolyn Steber and Lexi Inks
The Real Reason Your Instagram Story Viewers Show Up In That Order
By Emma Carey
Behind The Hilarity Of The "POV: You Walk Into My Room" TikTok Trend
By Lexi Inks
Get The Very Best Of Bustle/UK