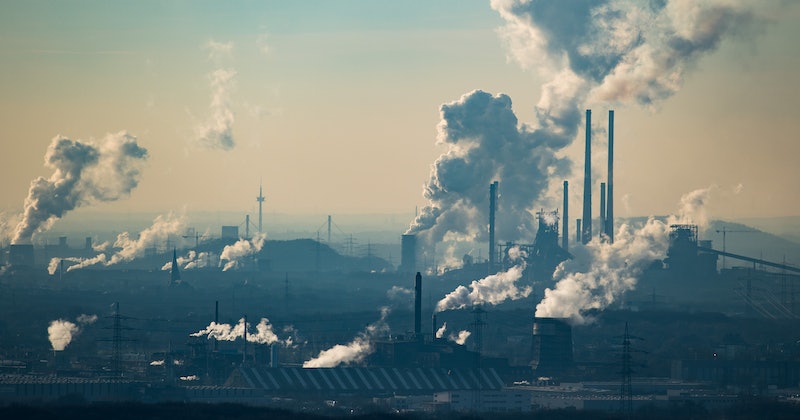 There's been a lot going on in the first week of the new Trump administration, so it's understandable that some political news would have gone under the radar. You might not have heard about the REINS Act yet, but it's important that you know what it means. This dangerous act making its way through Congress could leave government agencies essentially powerless to enact regulations designed to protect Americans. Do you like having clean water and clean air? How about safe cars and non-toxic food packaging? If the answer to any of that is yes, then you probably won't like this piece of legislation.

This frightening act, known in full as the Regulations from the Executive in Need of Scrutiny Act would basically give Congress the responsibility of reviewing any "economically significant" regulation that a government regulatory agency passed before the regulation could go into effect. In addition, in order for the agency even to propose the new regulation, they would have to rescind enough existing ones so that the new one wouldn't have any additional cost up front. When taking into account the cost, lawmakers would only be able to consider what it would cost to enact — and they would not be allowed to take into account what the regulation would eventually save in, for example, Americans' health care costs.

This act, which is heavily backed by the Koch brothers, has long been a Republican dream. Now that they have control of the legislative and executive branches, it has the potential to become a reality for one of the first times. If they succeed in getting it through the Senate, though, there's reason to believe it could be highly inefficient. Congress already can't deal with the amount of work that they have; if they're additionally tasked with reviewing new regulations, the work simply won't get done — and the regulations, accordingly, would not go into effect.

The REINS Act's proponents claim that it will reduce federal government overreach and take away power from the "bureaucrats" working at regulatory agencies like the EPA or the FDA. Would it really make you feel safer, though, to know that a Republican congressman with a law degree is making decisions about the safety of a particular chemical rather than the scientists who have actually conducted tests on it? This is exactly what the act would allow for.

If it were to pass through the Senate, the REINS Act would likely see its biggest effects in the environmental realm. Trump's all about getting rid of those darned regulations that hamper American industry, plus he's pretty science-resistant, and those two things together create an entirely lethal combination. I mean that in a very literal sense; The Atlantic tells the story of an early regulations debate, wherein steamboat owners got angry when Congress started to regulate steamboat safety. Steamboat boilers had been exploding and killing people, and the steamboat owners had failed to properly self-regulate. Despite their outcries, the new regulation drastically cut the number of deaths by exploding steamboat boilers — and just in case this still merits repeating, that was a good thing.

Although steamboat issues probably aren't exactly at the forefront of your mind nowadays, government regulations still protect the safety of all Americans in myriad ways. The Senate is the only thing standing between the REINS Act and President Trump's desk now, so contact your senator and tell them to keep protecting you now.