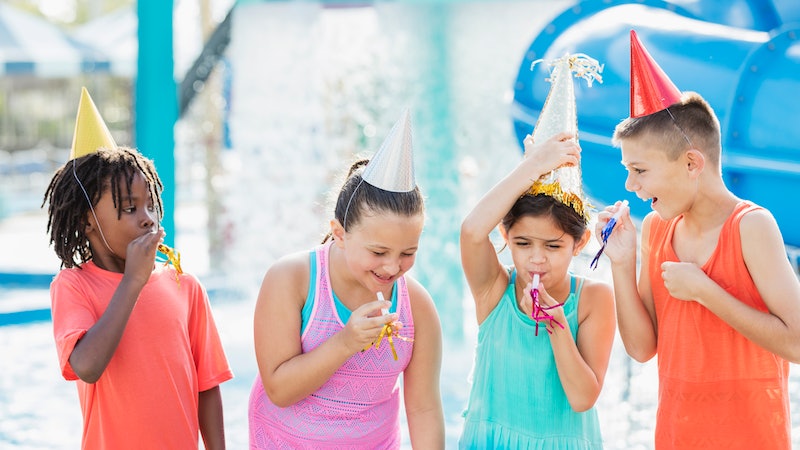 It's one of the most important issues facing the millennial generation: What kind of '90s kid were you based on your zodiac sign? Well, maybe it's not the most important — probably not even in the top three. But that doesn't mean it isn't a totally valid question even if you don't put much stock in astrology. What else are you supposed to talk about when conversation runs out at parties and you're facing down the tunnel of a long, awkward silence? Besides, astrology is all about introspection; you might as well add some retrospection to the mix.

Considering millennials surpassed baby boomers as the largest American generation last year, not to mention the fact that they grew up along with the internet, it's not much of a surprise that they pretty much control the online world. As a result, '90s nostalgia is everywhere. After all, what young adult doesn't wish they could go back to the days when choosing your scrunchie color and sneaking downstairs to watch television were their most pressing problems? Millennials aren't any more nostalgic than any other generation, but they're the adults who currently spend the most time online. And so the '90s kid rules pop culture (for now).

That brings me back to my original point: Anything that combines astrology and the '90s is a topic of conversation that's sure to be a hit. Read on to see what horoscopes for kids born in the ‘90s say about them.

More like this
3 Zodiac Signs Most Likely To Be The Center Of Attention
By Nina Kahn
Netflix Reveals First Look At Wednesday In The 'Addams Family' Spinoff Series
By Bustle Editors
Kenan & Kel Just Reunited At The 2022 Emmys & Twitter Is Overjoyed
By Grace Wehniainen
15 Offensive AF Jokes In 'Friends' That Really Aren't OK
By Tolly Wright, Bustle Editors and Meguire Hennes
Get Even More From Bustle — Sign Up For The Newsletter