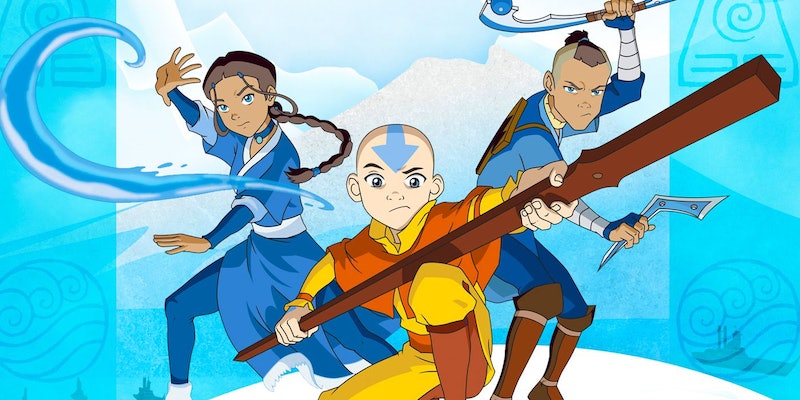 When you hear the word avatar, it's likely that two completely different stories come to mind: the 2009 James Cameron film, and the cartoon Avatar: The Last Airbender. The TV series, which premiered more than 15 years ago in 2005, was a success both with audiences and critics, praised for its characters and refined writing, which succeeded in handling both humor and difficult themes. Zuko's redemption is still regarded as one of the most successful redemption arcs in popular culture.

And with the news that the Netflix live action series is set to come out later this year, it's likely that the cartoon will continue to be a topic. Some fans weren't excited, which is understandable — the 2010 live action adaptation was infamous for its terrible acting and was panned by critics and fans of the animated series. But with the news that original creators Bryan Konietzko and Michael Dante DiMartino will be the executive producers and showrunners, it is likely that this time there will have a more faithful approach to the material.

But how do the people who were involved in the original series feel about it? Bustle talked to Giancarlo Volpe, who directed roughly a third of the original episodes, to hear more about his experience working on the show, and how he feels about it getting a revival 15 years later.

What was the mood like for you when the first episode aired?

Not a lot of people will remember this, but the show aired before social media was big. It was hard to tell what the audience's reactions were, you had to dig really deep. Back then, I used to go on the Toonzone forum and DeviantArt to see what people were saying about the show and it would always be quaint in a way. Somebody would post something about the show and then maybe 13, 30 people would comment. It didn't immediately feel like a success to us.

The other thing too is that studios a lot of times don't make the ratings very public. We didn't know how many people were watching or weren't watching. There was sort of a mystery at the time.

When did you realize it was huge?

I think one of the things that really cemented that for me was when we went to Comic-Con, and the lines to get into the Avatar panel were so long. We had to turn people away, people were in cosplay. This was only like a year into the show, and that's when I started to realize that there was a much bigger fan base than I think we really understood.

Why do you think ATLA has such a strong fan base to this day? The show has definitely had an impact on pop culture.

It's hard to say. If I knew what made that show so good, I would just replicate it over and over again in my career. But to me, and I say this not to brag but to sort of congratulate, [what made it so successful] was everyone that was on the team. Everything was working on all cylinders. The writing was so smart and so character-driven, with interesting plots and twists, and the character designs are great. The animation was really top tier, especially for a TV show produced in America.

I also really feel like it was driven by Mike and Bryan's vision. They really wanted everything to be excellent at all stages of the show.

Did you you everything that was going to happen plot-wise from the beginning? For instance, did you know what the main plot for book three would be?

I remember when we were working on Season 1, we all went out to lunch and Bryan was talking about what was going to happen in Season 2 and 3. At the time, we hadn't got picked up for additional seasons. I think that we were only meant to work on about 13 episodes at the time. And I asked him, "Oh, did we get a pickup for more? I didn't realize that," and he was like, "No, not yet, but we're just proceeding as though it's going to happen, stay the course."

So in a lot of ways, they did have a lot of broad strokes of it figured out from the beginning, but I don't think anyone knew every single detail of it. For example, I don't think they knew the cabbage merchant was going to be a thing when they started the show. That's just one of those things that you discover in the writers room and then it takes a life of its own.

Some fans are really excited for Netflix's live action series and some are more nervous. How do you feel about it?

It's tricky. For me, I would just love to see all those characters again. They're like old friends. It'd be great to just see them interacting with each other again. I also think that, when you watch any cartoon or comic book that gets realized as live action, it takes a different kind of level of existence in your brain. I grew up reading Marvel Comics, so I liked Captain America and Iron Man and Hulk. But now, when I think of Captain America, I think of Chris Evans. When I think of Iron Man, I think it was Robert Downey Jr. It's interesting how it enhances and slightly changes your take on the characters, so I think that'll be interesting to see how we will picture Aang, for example. It takes on a new existence, I guess.

Did you know about the live action at all? Were you informed beforehand, or did you find out about it just like we did?

I can't quite remember. I think I might have known beforehand. I'm still close with Mike and Bryan. We will always occasionally talk shop when we hang out with each other, so it's likely they did tell me beforehand. But it's one of those things that you can't necessarily know much about until they actually make it.

A lot of fans were left completely unsatisfied by the 2010 live action movie. Is there anything you hope the live action series will do differently?

If I can try my best to be fair about that movie, I thought the set design was great. I also think that CG Appa and Momo look great. If you squinted, it looked like the show. But where they sort of went wrong was that the characters and casting weren't really right. I thought that was unfortunate. I've said this multiple times: if there was ever any doubt that Avatar took place in sort of a mythical Asia or mythical China... it absolutely did. Don't let anyone tell you differently. And to cast it differently was an odd choice.

I also think that they were trying to squeeze in 20 episodes [of plot] in a two-hour block, and what they really needed to do was simplify the story, which is hard to do. The fans can always watch the show again if they miss a particular story. They didn't have to squeeze everything into a two-hour movie, in my opinion.

There's so much, the show is so big. There are Fire Nation ships and exotic cities and they're so different from each other, like the Water Tribe versus Ba Sing Se. There are also tons of creatures that are mashups of two different animals. There's so much to accomplish. But thinking about specific scenes, we did sort of see Aang do the Koizilla attack in the Airbender movie, but I'd like to see that revisited. I think that would be cool.

I also think what I really look forward to is just character interaction. I'd love to see just a quiet scene where Zuko and Katara alone and the chemistry between them. That would be really awesome to witness.

One of the benefits of live action is you can get very, very subtle acting. When you're doing animation, you kind of by design have to exaggerate acting, so that it reads a little clearer. And what on-camera actors can do is give you super subtle, little nuanced acting that is harder to draw and harder to animate. So I think that's what I'm kind of looking forward to, is seeing that play out on screen.

More like this
Netflix Shut Down 'Bridgerton' S3 Rumours About A “Very Dark” Storyline
By Bustle
'The Queen’s Gambit' Season 2 Tweet Wasn’t From Anya Taylor-Joy
By Mary Kate McGrath, Jack Irvin and Grace Wehniainen
This 'Gossip Girl' Wardrobe Error Has Gone Viral On TikTok
By Alyssa Lapid
'The Last Of Us' Has Officially Been Renewed For Season 2
By Darshita Goyal
Get Even More From Bustle — Sign Up For The Newsletter
From hair trends to relationship advice, our daily newsletter has everything you need to sound like a person who’s on TikTok, even if you aren’t.