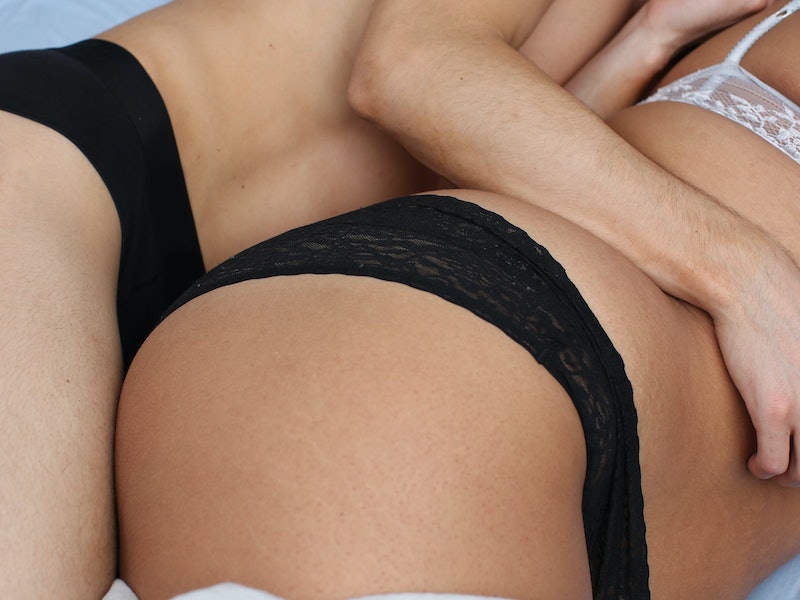 I actually assumed the young man she introduced me to in her kitchen was her assistant, but it’s turns out this cute guy, clad in skater shoes and sweats was a date. Yes, she’s really that cool.

When it comes to the advancements in sex and what it holds for humankind, happiness, and technology I had to ask Gallop: What is the future of sex?

The Future Of Sex Is Talking About It

She encourages talking about sex openly and honestly on the public domain. "By that I mean, parents to kids, teachers to classrooms, to everyone and equally importantly, talk about sex openly, honestly, privately in your intimate relationship," she says.

We’re afraid to talk about sex because we’re vulnerable when we’re having it. If we talk about it, we take away everything that’s scary about it. Talking about it helps inform and educate people about sex — which will, in turn lead to better sex overall.

The Future Of Sex Is Sharing It

Gallop's goal is to have people share their sexual experiences IRL. “On Facebook, the kind of things you see from your friends is for example, ‘We are madly in love and so here we are in Paris,'" she says. "She has videos kissing on the Eiffel Tower, or on the Seine, eating on the bistro. On MakeLoveNotPorn it’s, 'We are madly in love and here is the great sex we had in our hotel room in Paris on our weekend.’ It’s the exact same deal'.”

Sharing your sex life on social media may sound pretty terrifying but, Gallop says that sharing the real sex people have is the answer to destigmatizing sex. “In sex, you find out how you’ve completely misinterpreted what someone was doing or they weren’t doing something because they were worried you’d think this about them," she says. "We miscommunicate and we don’t communicate accordingly around sex. And the important thing too is that when you make the future of sex social and highly communicative, when you destigmatize it, take the shame out and embarrassment out of it, then you just, honestly, you completely transform people because in all those emails I get [from fans], half the problem is the shame, the guilt, the embarrassment. That is half the issue. MLNP operates in the single biggest market of them all, not sex, not porn, the market of human happiness.”

The Future Of Sex Is Lifting Up Other Sex-Tech Entrepreneurs

Anyone in the sex-tech community will tell you that Gallop has had an influence on them in some way. She’s the first to acknowledge that making it as a sex-tech entrepreneur in a world that stigmatizes all things sexually related is extremely difficult. She wants to help these women, all while changing the way the world views sex.

She’s doing this by starting a sex-tech fund, even though she says she has no idea how to that. She’s just going to do it anyway, “I gave it a name, I bought URL, I registered the company," she says. "The name of my sex tech fund is derived from a quote by chairman Mao who many years ago famously said in the interest of gender equality, Women hold up half the sky. I think that is relatively unambitious so my sex tech fund is called, AllTheSky Holdings; and the derivation is deliberate because my sex tech fund will have a not exclusive but primary focus on radically innovative sex tech ventures of and by women. The most interesting things from sex tech are coming from female founders.”

At the end of the day, Gallop knows that we run the world. “We live in a world where the default setting is always male. And by the way, I say to men all the time, 'men, you have no idea how much happier you would be living and working in a world where it’s 50-50, equally informed and influenced by women as much as men'.”

And that’s a wrap.

You can support MakeLoveNotPorn’s Crowdfunding campaign here and read the blog here.