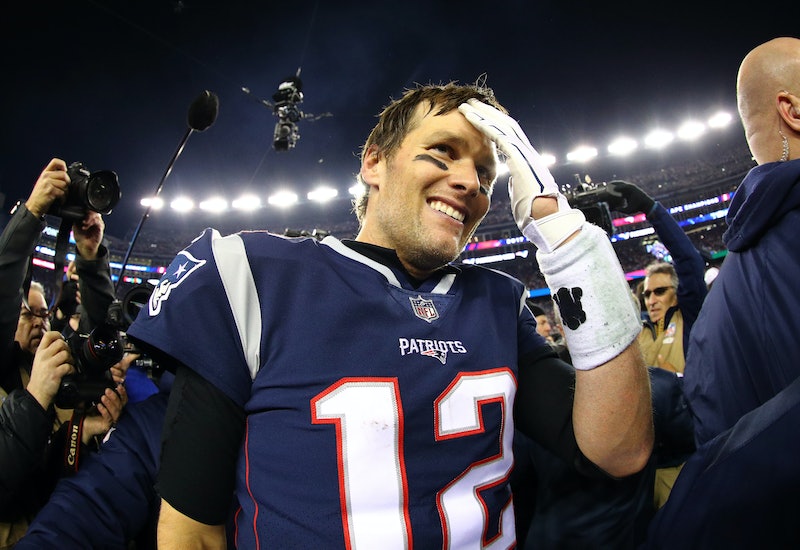 On Sunday, Feb. 4, the Philadelphia Eagles will take on the five-time Super Bowl champs, the New England Patriots. The Super Bowl is the ultimate event for pro football fans and even casual viewers — which is why it always draws whopping audience numbers. Last year CNN reported that more than 111 million people watched the Super Bowl. None of those 111 million people want to miss kickoff, so, when does the 2018 Super Bowl start? A kickoff time of 6:30 p.m. ET marks a continuation of an all-American sports tradition. The game will be airing on NBC, live from U.S. Bank Stadium in Minneapolis.

The kickoff should begin an intense battle for the trophy, but don't worry if you miss the very beginning of the game. Patriots fans know that games can be won or lost in the last 10 minutes of play; their team — and Tom Brady in particular — have been known to pull it out at the very last minute. How long will you be on the edge of your seat then? The Verge reported on the length of past Super Bowl games and found that most have lasted between three and four hours. So, get your snacks ready for the kickoff, but down ruin your barbecue because you're anxious about missing the first couple of moments.

If football isn't enough to draw you in, perhaps the return of Justin Timberlake to the Super Bowl Halftime Show will peak your interest. Timberlake spoke to NBC Sports, about how it feels to come back to this particular stage. He said:

"I immediately was excited. It's a huge moment, so I was very excited... I've already watched a ton of them (Super Bowl halftime shows) just to make sure we're not pulling out any gags. You know, people are flying, Lady Gaga jumped from the top of the stadium or something. I don't know I'm 36 now, I'm not sure how much of that I can do anymore."

Timberlake infamously performed with Janet Jackson during another halftime show, and also with his band 'N SYNC. In this case — minus any surprise guests — the artist is on his own. He told NBC Sports about his goals for his first solo Super Bowl performance:

"What I really want to do is take the opportunity to put together a performance that feels it unifies. I feel like that would be the ultimate accomplishment. And then the icing on the cake is, at some point within that twelve minutes, that everybody is shaking their booty. I have a goal to make Al Michaels dance."

Ultimately though, the Super Bowl is about football and not Timberlake — as shocking as that it. And this year is quite the match up. Bleacher Report laid out where people are putting their money in a prediction article. And according to their research, 54 percent of people placing bets are putting money down on the Eagles, since the Patriots are the dominating team. The majority of NFL.com analysts have also favored the Patriots to win. Whether you're rooting for the reigning Super Bowl champs, or their opposition, it should be a game to remember.

In addition to Timberlake, there are other performers to look forward to — especially if you're really just in the game for the commercials, the flashy entertainment, and the snack foods. Pink will be belting the National Anthem, and former Hamilton star Leslie Odom, Jr. will be singing "America The Beautiful." And of course, hours and hours of football-related content will be airing all day, from past Super Bowl highlight shows on ESPN to the official Super Bowl pregame show, starting at 1 p.m. ET on NBC. So however you choose to celebrate, Super Bowl LII has you covered.

More like this
'Breaking Bad' Duo Walt & Jesse Are Back — In This Super Bowl Commercial
By Jake Viswanath
This Is When Netflix Is Going To Start Charging You For Sharing Passwords
By Darshita Goyal
David Beckham’s Controversial Qatar Deal Skyrocketed His Net Worth
By Catharina Cheung
16 Trader Joe's Appetizers That Are Total Party-Pleasers
By Kaitlyn Wylde
Get Even More From Bustle — Sign Up For The Newsletter
From hair trends to relationship advice, our daily newsletter has everything you need to sound like a person who’s on TikTok, even if you aren’t.