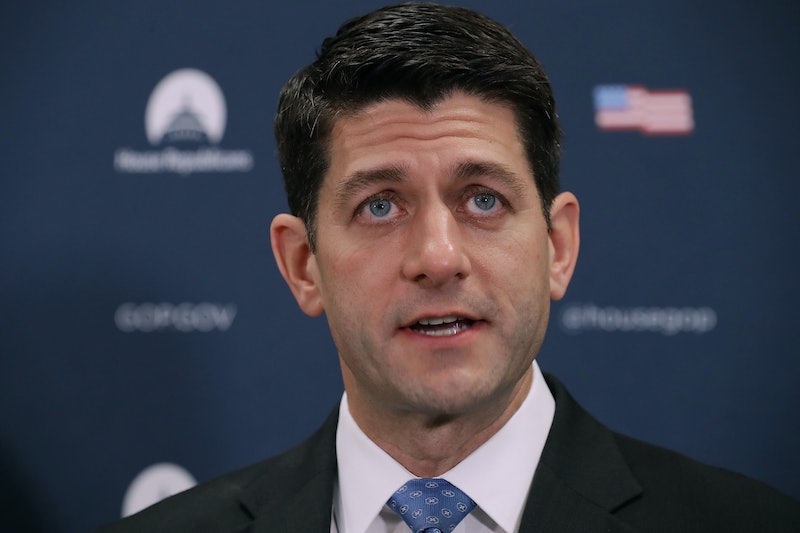 Since the inauguration, public dialogue about the legislative branch has revolved around the importance of calling your elected officials to encourage them to get involved in causes that matter to you. Whether it's protesting Cabinet nominees or opposing Trump's immigration executive order, the emphasis is on pushing your reps to speak out and take action. But what if your representative supports Donald Trump?

While it can certainly be frustrating to be represented in Congress by someone who doesn't share your political views, there is still a lot you can do to ensure that your voice is heard and your viewpoint represented on Capitol Hill.

In the short term, keep calling those pro-Trump elected officials. Trump supporters are not a singular, homogenous bloc as Jon Stewart reminded Americans after the election. Stewart told CBS News' Charlie Rose, "In the liberal community, you hate this idea of creating people as a monolith. Don’t look as Muslims as a monolith. They are the individuals and it would be ignorance. But everybody who voted for Trump is a monolith, is a racist. That hypocrisy is also real in our country." Take that insight to heart. While your congressman or senator may have supported Trump in the election, he or she may be persuaded to take a stand against Trump on individual issues.

Many congressional Republicans have openly opposed Trump's immigration ban in the days since it was introduced. If your elected officials are among them, call their office and let them know that you appreciate and share that opposition. Registering your approval when your representative does something right is as important as registering opposition — even in Washington, positive reinforcement can go a long way.

It's also important to make sure you have a clear grasp on what your representative actually believes. Just because he or she is a Republican does not mean that they necessarily voted for Trump or that they will necessarily support his agenda in Congress. Educate yourself on how your legislators vote, and encourage your friends and family to get similarly well-informed.

However, if your legislator does consistently vote in a way you disagree with, you should also look at longer-term ways to affect change. All congressmen are reelected every two years, and senators are reelected once every six. Consider volunteering for your representative's challenger, or even running for the seat yourself.

If you feel that your elected representatives consistently fail to advocate for your community, consider getting involved in the National Democratic Redistricting Committee, which will seek to fight gerrymandering.

If there's any silver lining to Trump's victory, it's that it seems to have inspired people to become more active in politics. Don't let this stop at the executive branch — your best way to affect change may be in persuading, or even helping to replace, your legislators.