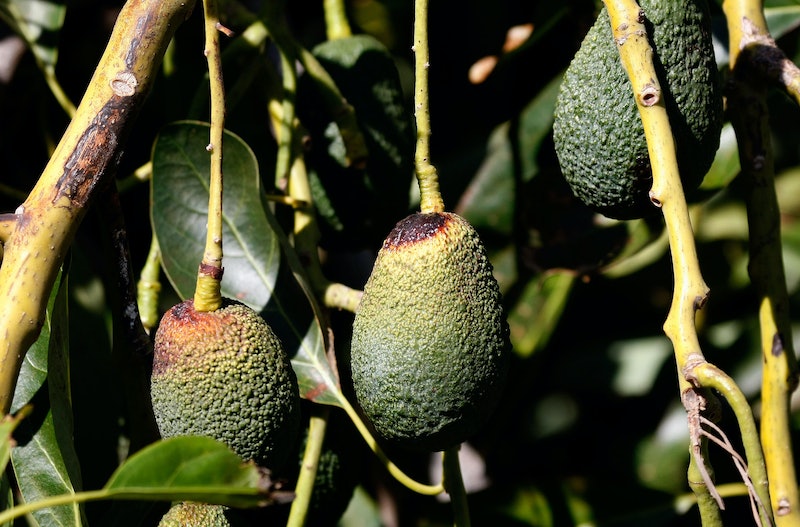 While running for president, Donald Trump promised to build a wall on America's southern border and make Mexico pay for it. Predictably, Mexico has informed the new president that it won't be paying for a wall, and so the administration is searching for alternative funding ideas. Among them is a 20 percent tax on Mexican imports, also known as a "border adjustment tax." After the White House suggested this, many Americans started wondering if such an import tax would make avocados from Mexico more expensive in the United States.

The answer is that yes, such a policy probably would have that effect. But really, the ramifications of Trump's border wall proposals — all of them — are far more wide-reaching this. Don't get me wrong: Avocados are amazing, and they're already way too expensive. But whether or not they'll become pricier in the future is maybe not the biggest thing to focus on here.

But let's back up a bit. The whole idea of taxing Mexican imports in order to pay for a wall might amount only to that: an idea. It was originally suggested by White House Press Secretary Sean Spicer, but he backtracked almost immediately afterwards, reportedly telling NBC's Peter Alexander that it wasn't an official policy proposal, but merely an "example" of how such a wall could hypothetically be paid for.

Generally speaking, politicians don't conspicuously walk back policy ideas if they actually plan to implement them, so it's quite possible — probable, I'd say — that the Trump regime isn't going to try pay for a wall with a tax on Mexican imports.

However, if it does try to do this — or rather, if Congress gives Trump permission to do this — the ramifications would reach far beyond avocado prices.

Mexico is America's third-largest trading partner, with Mexican imports to the United States totaling $270 billion in 2016. On paper, a 20 percent tax on those imports would raise about $54.2 billion a year in revenue for the federal government. But that money wouldn't be coming from Mexico. It would be coming from Americans' pockets, because manufacturers forced to pay that tax would pass the cost of it onto consumers.

A 20 percent tax on Mexican imports would force Americans to spend way more money on all sorts of foods: tomatoes, watermelon, tequila, certain beers (hey, Corona) — and, oh yeah, everything with sugar in it. Considering that just about everything has sugar in it, that would be a huge additional cost for almost every American who buys food.

In short, a border adjustment tax of the sort that Trump is proposing would force Americans to pay more money for food in order to fund a border wall that most Americans don't want built in the first place. That is the biggest takeaway from Trump's asinine border tax proposal.