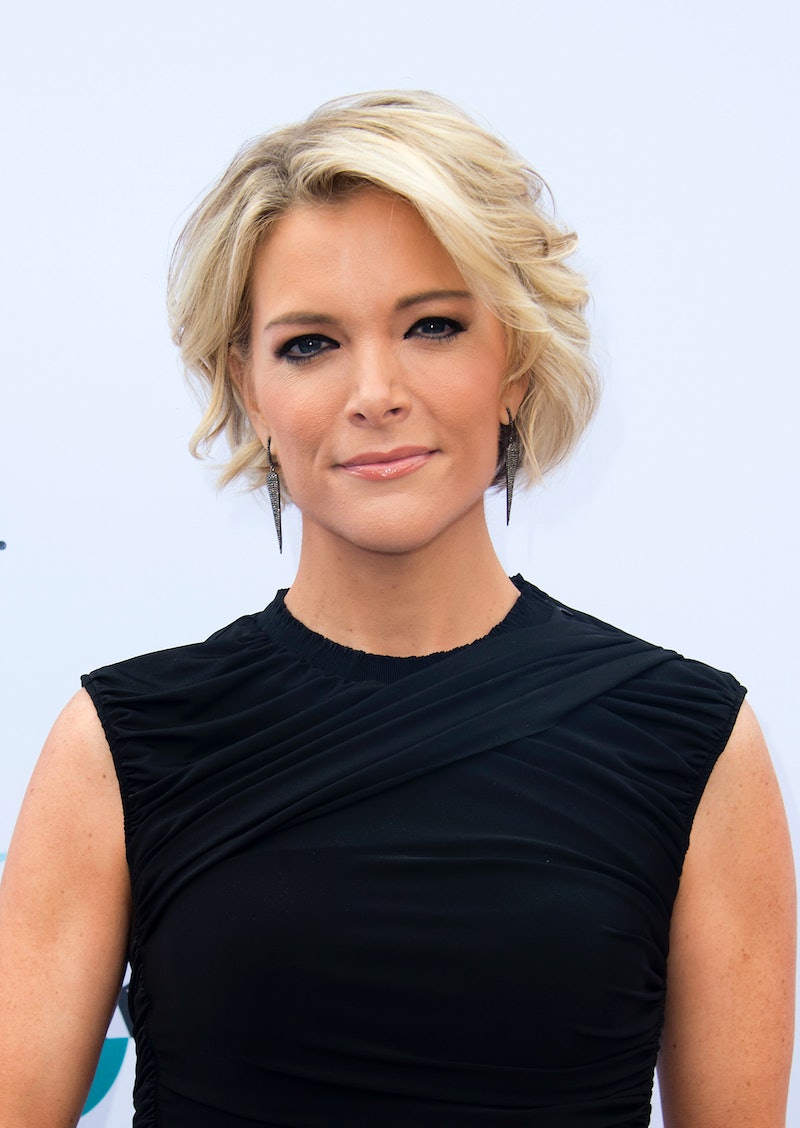 The day many speculated about for months has finally come: Megyn Kelly is leaving Fox News. After being harassed by President-elect Donald Trump and his supporters over the last year with little-to-no comment from her network, Kelly is moving on to NBC, and you really can't blame her. But with her leaving behind The Kelly File, you may be wondering: What will Kelly's new NBC show be called?

There's no official information out about the name of either Kelly's new one-hour daytime program or the Sunday evening news show she will host. She'll also contribute to NBC's special political programming and other event coverage. Kelly's contract with Fox News was set to end during the summer of 2017, according to the New York Times, so the news comes a few months before she was expected to make some kind of move or decide to stay on at Fox.

Over a dozen years ago I started at Fox News in a job that would change my life. Now, I have decided to end my time at FNC, incredibly enriched for the experiences I've had. I have agreed to join NBC News, where I will be launching a new daytime show Monday through Friday, along with a Sunday evening news magazine program. I will also participate in NBC's breaking news coverage and its political and special events coverage.While I will greatly miss my colleagues at Fox, I am delighted to be joining the NBC News family and taking on a new challenge. I remain deeply grateful to Fox News, to Rupert, Lachlan and James Murdoch, and especially to all of the FNC viewers, who have taught me so much about what really matters. More to come soon.Happy New Year, and God bless.

Perhaps a key factor in Kelly's decision to go with NBC was her interest in spending more time at home. At Fox, The Kelly File took the 9 p.m. prime-time spot, which isn't terribly conducive to spending time with her three young children. In October, she told The Hollywood Reporter, "I have these three little people who need me and who I really love and like to spend time with and the current schedule I’m on is not ideal for a mother of young children." At NBC, she'll have an earlier daytime slot, which will likely help with adding to available family time.

Kelly has spent the last 12 years at Fox News, where she started as a contributor and a reporter. Later, she earned her own show, and in 2013 moved into the 9 p.m. spot between Bill O'Reilly and Sean Hannity.

Whatever the name and subject of her new shows, they're sure to provide some level of controversy among viewers. In the last year of Kelly's tenure at Fox, she's been critical of Trump, which created some tension between her and others at the network. However, many left-leaning NBC viewers are disappointed in the networking picking up an anchor who once argued strongly that Santa and Jesus are white. How she'll fit in at NBC will be an interesting thing to discover.